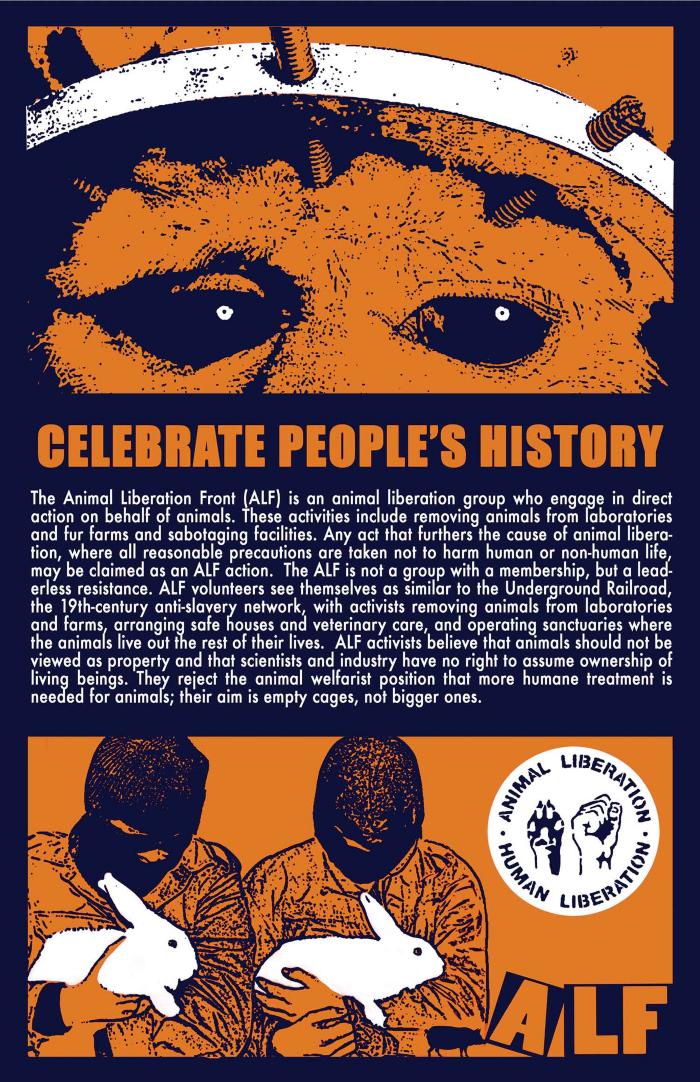 This is an orange, blue, and white poster that has animal eyes at the top, and below it a bar of text that reads: “The Animal Liberation Front (ALF) is an animal liberation group who engage in direct action on behalf of animals. These activities include removing animals from laboratories and fur farms and sabotaging facilities. Any act that furthers the cause of animal liberation, where all reasonable precautions are taken not to harm human or non-human life, may be claimed as an ALF action. The ALF is not a group with a membership, but a leaderless resistance. ALF volunteers see themselves as similar to the Underground Railroad, the 19th century anti-slavery network, with activists removing animals from laboratories and farms, arranging safe houses and veterinary care, and operating sanctuaries where the animals live out the rest of their lives. ALF activists believe that animals should not be viewed as property and that scientists and industry have no right to assume ownership of living beings. They reject the animal welfarist position that more humane treatment is needed for animals; their aim is empty cages, not bigger ones.” At the bottom there are two people in ski masks carrying white rabbits and to the right of them is their logo.