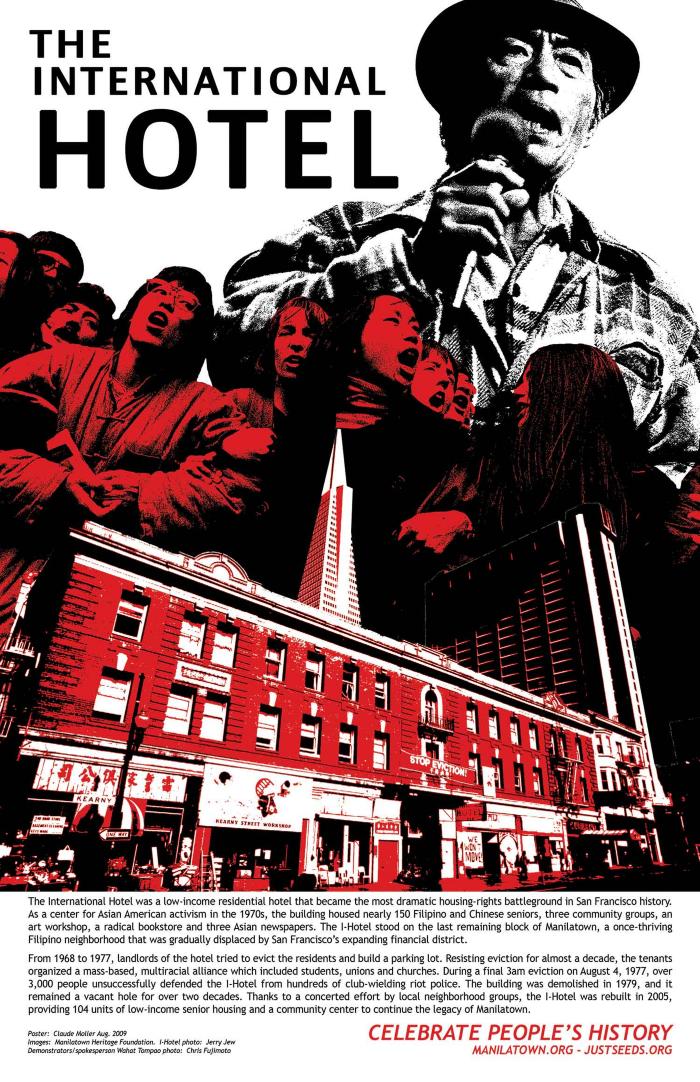 This is a black, white, and red poster that has the title in the top left, a man on the top right speaking into a microphone, and a building in red underneath it. There are two paragraphs of text at the bottom that reads: “The International Hotel was a low-income residential hotel that became the most dramatic housing-rights battleground in San Francisco history. As a center for Asian American activism in the 1970s, the building housed nearly 150 Filipino and Chinese seniors, three community groups, an art workshop, a radical bookstore and three Asian newspapers. The I-Hotel stood on the last remaining block of Manilatown, a once-thriving Filipino neighborhood that was gradually displaced by San Francisco’s expanding financial district. “From 1968 to 1977, landlords of the hotel tried to evict the residents and build a parking lot. Resisting eviction for almost a decade, the tenants organized a mass-based, multiracial alliance which included students, unions, and churches. During a final 3am eviction on August 4, 1977, over 3,000 people unsuccessfully defended the I-Hotel from hundreds of club-wielding riot police. The building was demolished in 1979, and it remained a vacant hold for over two decades. Thanks to a concerted effort by local neighborhood groups, the I-Hotel was rebuilt in 2005, providing 104 units of low-income senior housing and a community center to continue the legacy of Manilatown.”