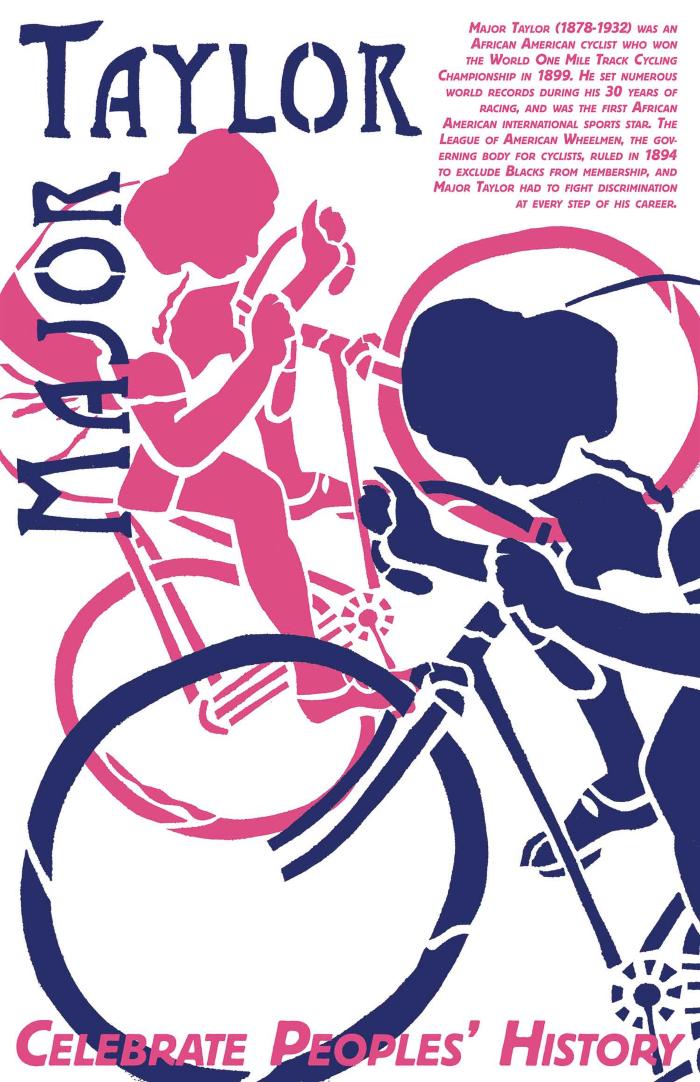 This poster is white with blue and pink images overlaying it. There are two cyclists, a pink behind a blue, and there is a paragraph of text in the upper right corner. It reads: “Major Taylor (1878-1932) was an African American cyclist who won The World One Mile Track Cycling Championship in 1899. He set numerous world records during his 30 years of racing, and was the first African American International sports star. The League of American Wheelmen, the governing body for cyclists, ruled in 1894 to exclude Blacks from membership, and Major Taylor had to fight discrimination at every step of his career.”