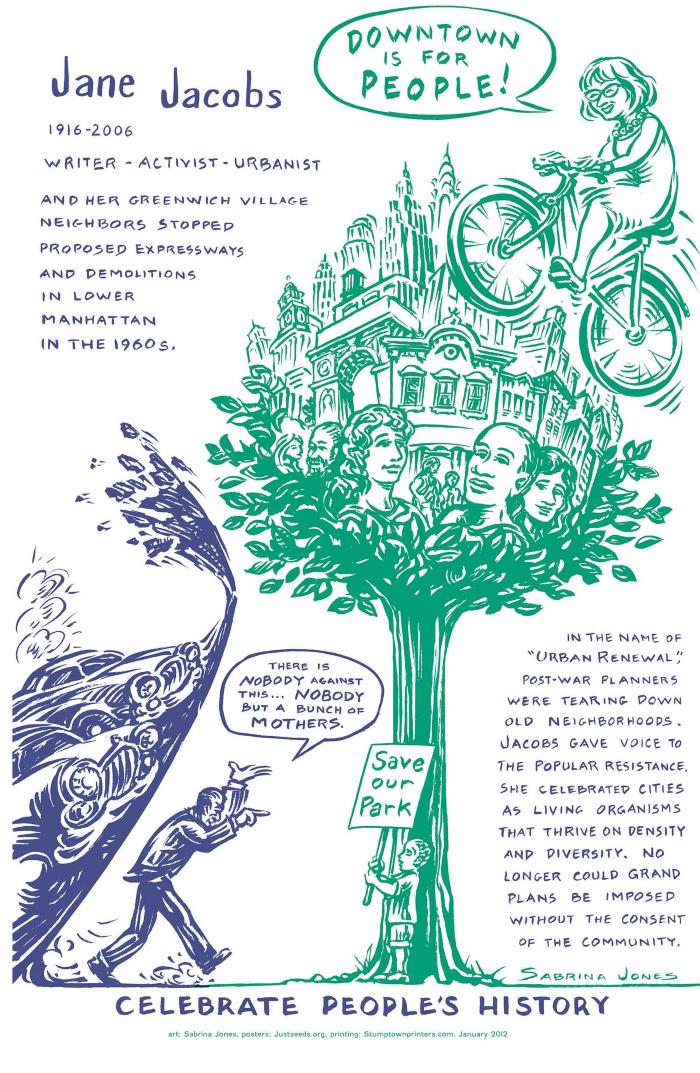 A white poster with green and blue text. There is a tree in green and at the top of it there is a neighborhood growing out of the leaves with a woman on a bicycle. On the left side there is a wave of cars being led by a man walking pointedly towards the tree. There is text in the upper left corner that says: "Jane Jacobs 1916-2006 Writer — Activist — Urbanist And her Greenwich Village neighbors stopped proposed expressways and demolitions in lower Manhattan in the 1960s." There is more text in the bottom right side that says: “In the name of “urban renewal”, post-war planners were tearing down old neighborhoods. Jacobs gave voice to the popular resistance. She celebrated cities as living organisms that thrive on density and diversity. No longer could grand plans be imposed without the consent of the community.”