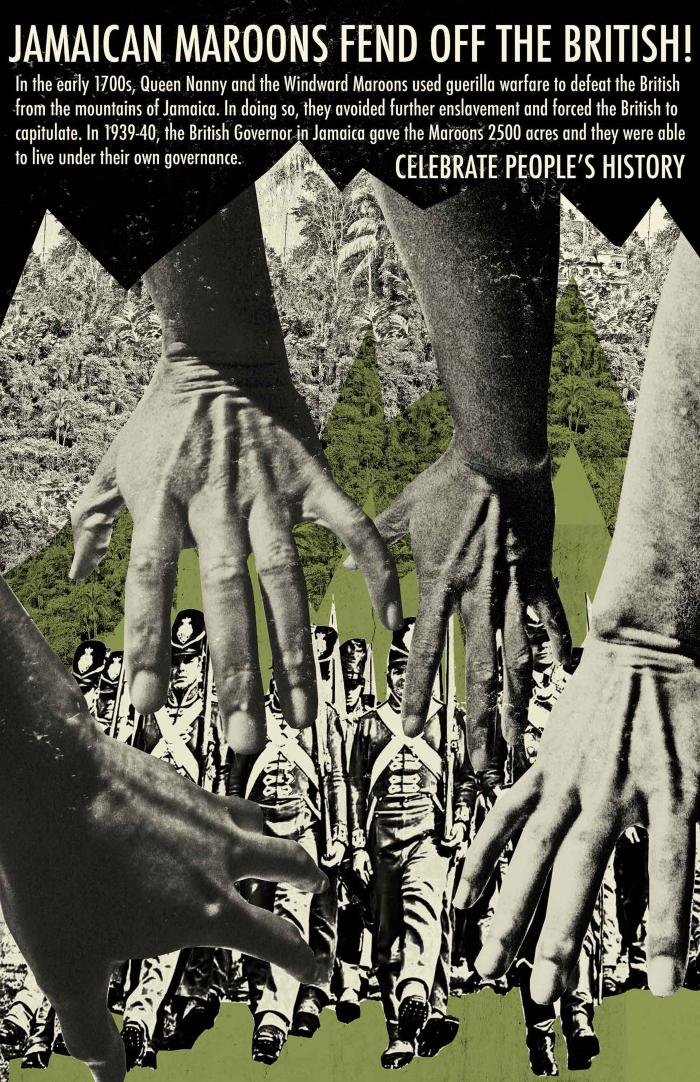 This is a black, gray, and green poster that uses images from photographs of forests and warrior peoples. There are hands reaching down from above onto them. The title is at the top, "Jamaican Maroons Fend off the British!” and below it reads, "In the early 1700s, Queen Nanny and the Windward Maroons used guerrilla warfare to defeat the British from the mountains of Jamaica. In doing so, they avoided further enslavement and forced the British to capitulate. In 1939-49, the British Governor in Jamaica gave the Maroons 2500 acres and they were able to live under their own governance.”