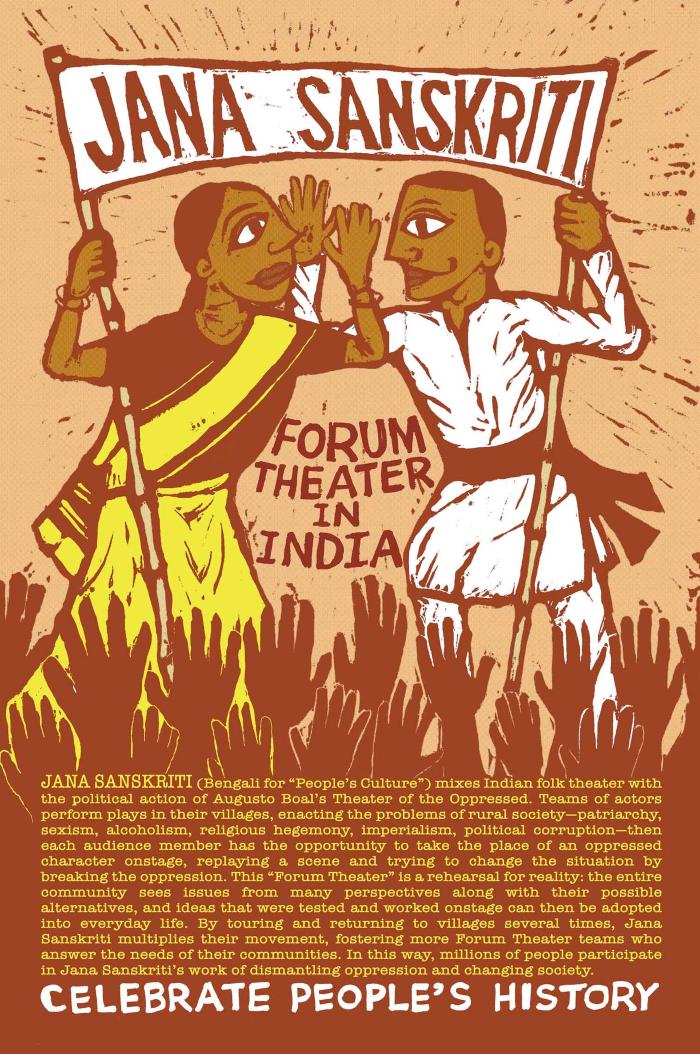 An orange, brown, yellow, and white poster where two people are holding up a poster that says "Jana Sanskriti" and are looking at each other and holding arms up to one another. Beneath them it says "Forum theater in India". Below them is a row of hands reaching up and then at the bottom there is text that reads: “Jana Sanskriti (Bengali for “People’s Culture”) mixes Indian folk theater with the political action of Augusto Boal’s Theater of the Oppressed. Teams of actors perform plays in their villages, enacting the problems of rural society—patriarchy, sexism, alcoholism, religious hegemony, imperialism, political corruption—then each audience member has the opportunity to take the place of an oppressed character onstage, replaying a scene and trying to change the situation by breaking the oppression. This “Forum Theater” is a rehearsal for reality: the entire community sees issues from many perspectives along with their possible alternatives, and ideas that were tested and worked onstage can then be adopted into everyday life. By touring and returning to villages several times, Jana Sanskriti multiplies their movement, fostering more Forum Theater teams who answer the needs of their communities. In this way, millions of people participate in Jana Sanskriti’s work of dismantling oppression and changing society.”