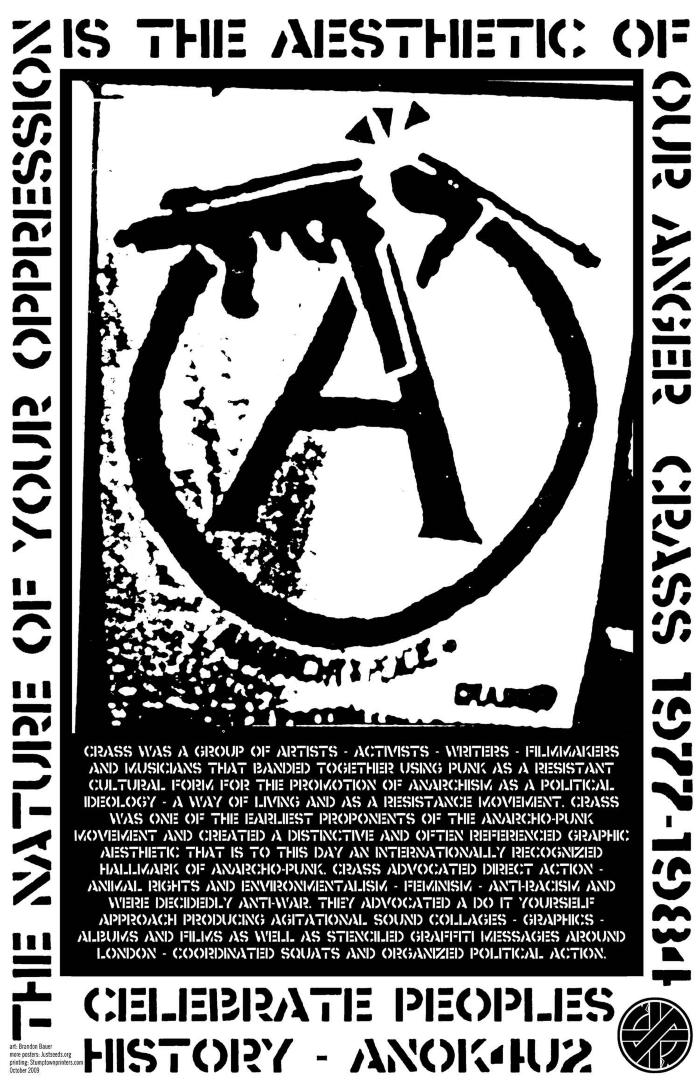 A black and white poster with the anarchist "A" in the center and a gun snapped in half above it. Below this is a black background with white text that reads: “Crass was a group of artists, activists, writers, filmmakers and musicians that banded together using pun as a resistant cultural form for the promotion of anarchism as a political ideology—a way of living and as a resistance movement. Crass was one of the earliest proponents of the anarcho-punk movement and created a distinctive and often referenced graphic aesthetic that is to this day an internationally recognized hallmark of the anarcho-punk crass advocated direct action-animal rights and environmentalism, feminism, antiracism and were decidedly anti-war. They advocated a do it yourself approach producing agitational sound collages, graphics, albums and films as well as stenciled graffiti messages around London, coordinated quotes and organized political action.”