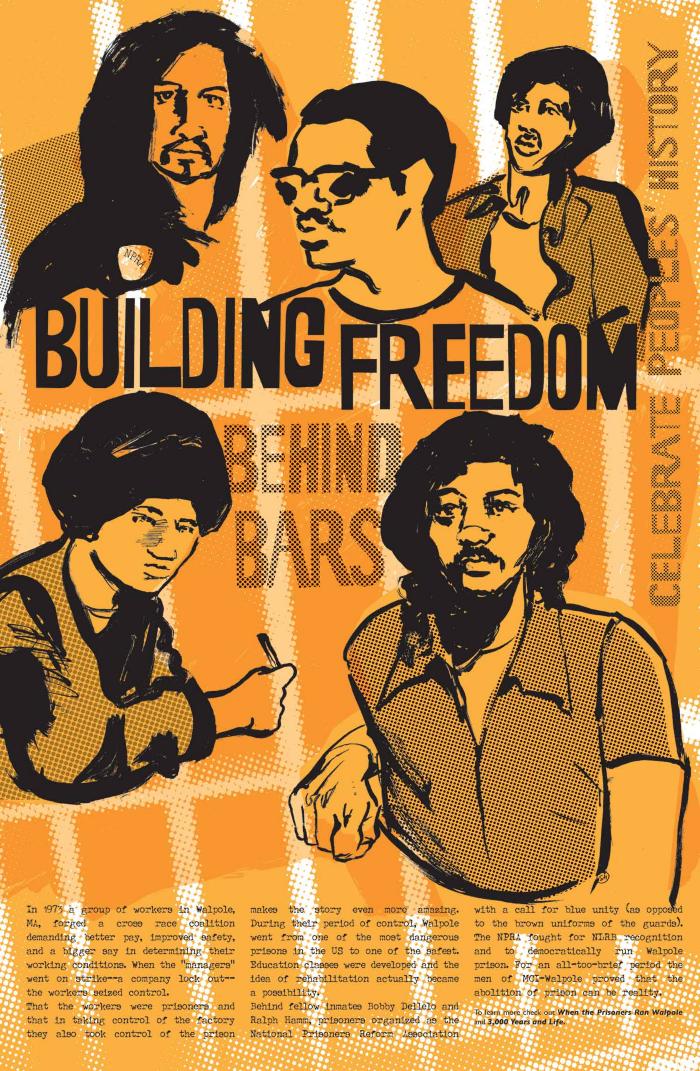 A black and orange poster where the background is orange and the overlay of five people in black ink around the works "Building Freedom Behind Bars". There is text at the bottom in black ink that reads: “In 1973 a group of workers in Walpole, MA, forged a cross race coalition demanding better pay, improved safety, and a bigger say in determining their working conditions. When the “managers” went on strike—a company lock out— the workers seized control. That the workers were prisoners and that in taking control of the factory they also took control of the prison makes the story even more amazing. During their period of control, Walpole went from one of the most dangerous prisons in the US to one of the safest. Education classes were developed and the idea of rehabilitation actually became a possibility. Behind fellow inmates Bobby Dellelo and Ralph Hamm, prisoners organized as the National Prisoners Reform Association with a call for blue unity (as opposed to the brown uniforms of the guards). The NPRA fought for NLRB recognition and to democratically run Walpole prison. For an all-too-brief period the men of MCI-Walpole proved that the abolition of prison can be reality.”