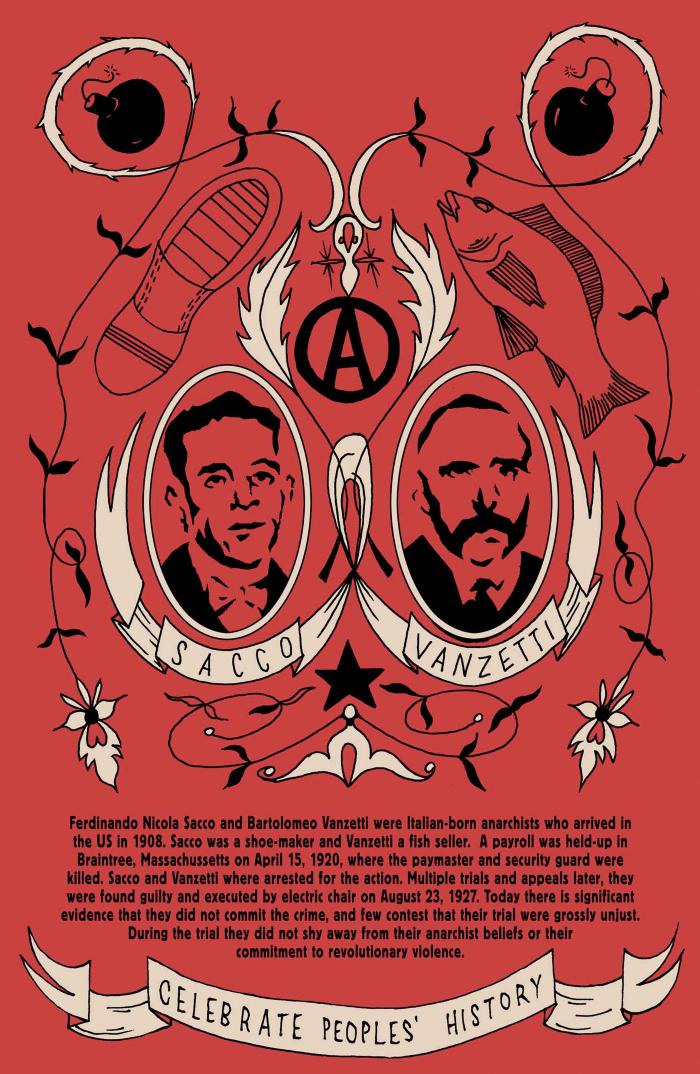 A red, black, and white poster that has two portraits of men side by side with their names underneath. There are small designs and decorations around the portraits of fish, bombs, shoe, flames and flowers. Beneath the portraits is a paragraph of black text that reads: “Ferdinando Nicola Sacco and Bartolomeo Vanzetti were Italian-born anarchists who arrived in the US in 1908. Sacco was a shoe-maker and Vanzetti a fish seller. A payroll was held-up in Braintree, Massachusetts on April 15, 1920, where the paymaster and security guard were killed. Sacco and Vanzetti were arrested for the action. Multiple trials and appeals later, they were found guilty and executed by electric chair on August 23, 1927. Today there is significant evidence that they did not commit the crime, and few contest that their trial were grossly unjust. During the trial they did not shy away from their anarchist beliefs or their commitment to revolutionary violence.”