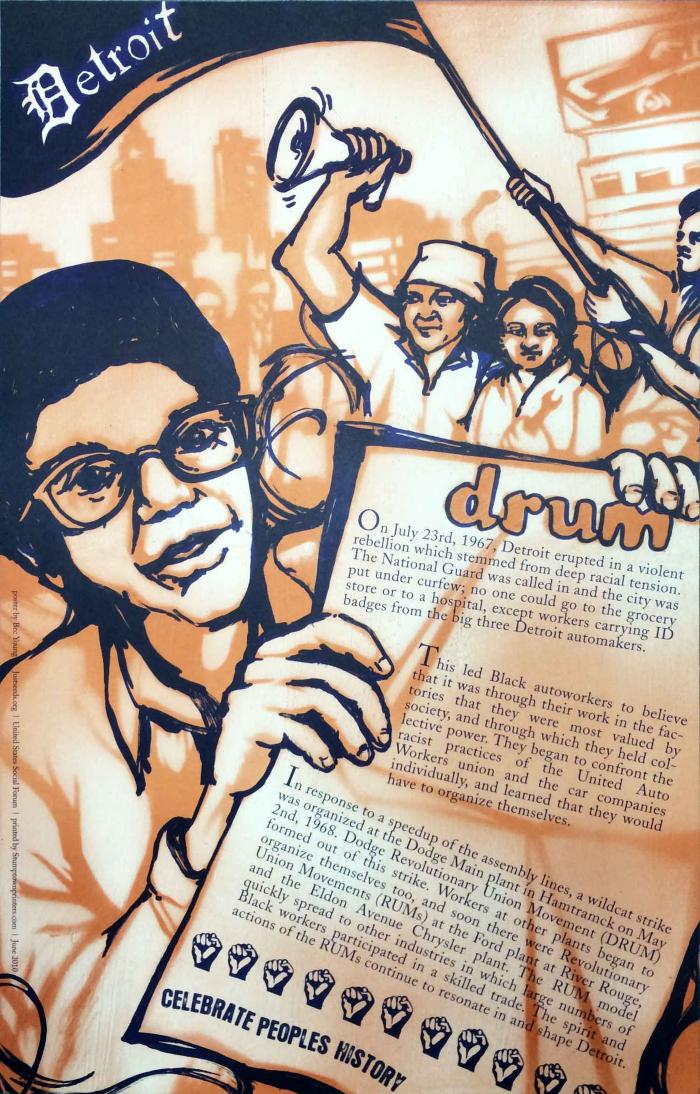 A blue and orange poster that has people protesting and in the center is a woman holding up a piece of paper entitled "DRUM", that reads: “On July 23rd, 1967, Detroit erupted in a violent rebellion which stemmed from deep racial tension. The National Guard was called in and the city was put under curfew; no one could go to the grocery store or to a hospital, except workers carrying ID badges from the big three Detroit automakers. “This led Black autoworkers to believe that it was through their work in the factories that they were most valued by society, and through which they held collective power. They began to confront the racist practices of the United Auto Workers union and the car companies individually, and learned that they would have to organize themselves. “In response to a speedup of the assembly lines, a wildcat strike was organized at the Dodge Main plant in Hamtramck on May 2nd, 1968. Dodge Revolutionary Union Movement (DRUM) formed out of this strike. Workers at other plants began to organize themselves too, and soon there were Revolutionary Union Movements (RUMs) at the Ford plant at River Rouge, and the Eldon Avenue Chrysler plant. The RUM model quickly spread to other industries in which large numbers of Black workers participated in a skilled trade. The spirit and actions of the RUMs continue to resonate in and shape Detroit.”