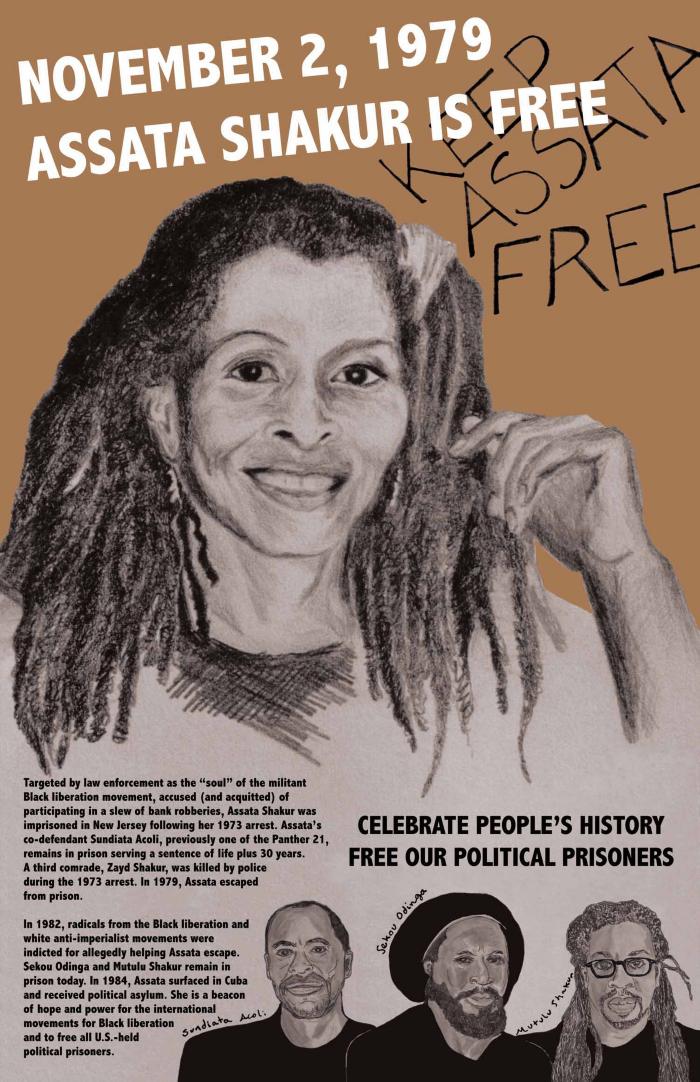 A black, white, and brown poster with a woman smiling on it. The title, "November 2, 1979 Assata Shakur is Free" is above her in white text. Below her on the left are two paragraphs of text and then three images of men. The text reads: “Targeted by law enforcement as the “soul” of the militant Black liberation movement, accused (and acquitted) of participating in a slew of bank robberies, Assata Shakur was imprisoned in New Jersey following her 1973 arrest. Assata’s co-defendant Sundiata Acoli, previously one of the Panther 21, remains in prison serving a sentence of life plus 30 years. A third comrade, Zayd Shakur, was killed by the police during the 1973 arrest. In 1979, Assata escaped from prison. “In 1982, radicals from the Black liberation and white anti-imperialist movements were indicted for allegedly helping Assata escape. Sekou Odinga and Mutulu Shakur remain in prison today. In 1984, Assata surfaced in Cuba and received political asylum. She is a beacon of hope and power for the international movements for Black liberation and to free all U.S.-held political prisoners.”