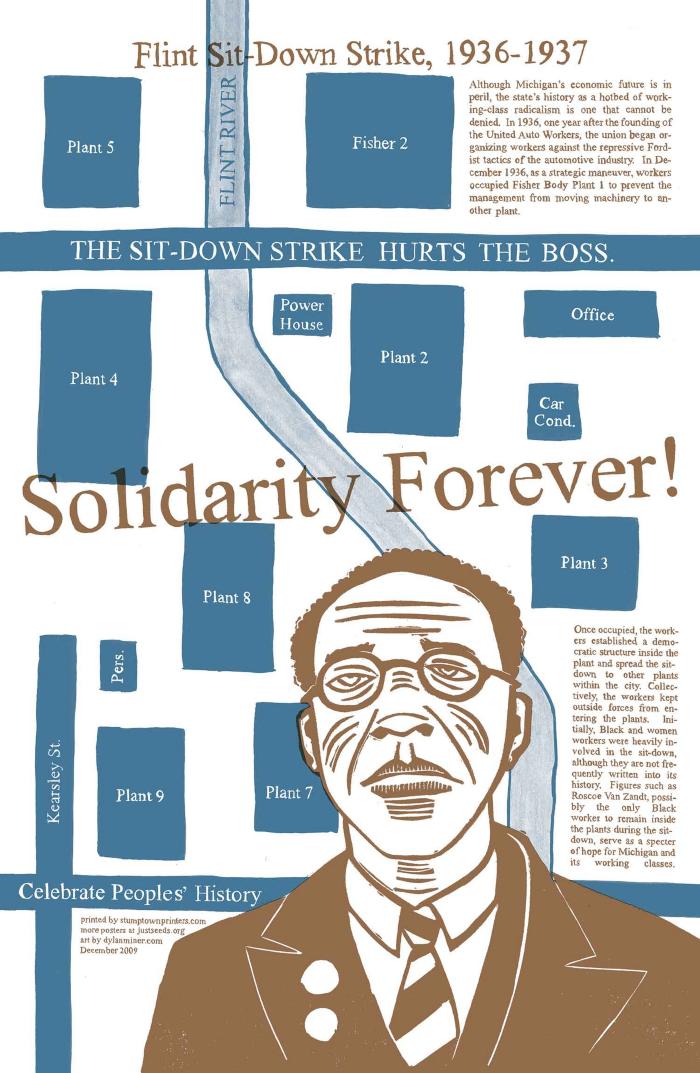 A white, brown, and blue poster that has an outline of a city map on it in blue. Some of the buildings or streets have text on it, like one at the top that reads, "THE SIT-DOWN STRIKE HURTS THE BOSS". There is an overlay of a sketch of a man printed in a light brown color at the bottom right of the image. There is text above him that reads "Solidarity Forever!" Between the buildings there is more text between all the buildings. Some of the text reads: “Although Michigan’s economic future is in peril, the state’s history as a hotbed of working-class radicalism is one that a cannot be denied. In 1936, one year after the founding of the United Auto Workers, the union behind organizing workers against the repressive Fordist tactics of the automotive industry. In December 1936, as a strategic maneuver, workers occupied Fisher Body Plant 1 to precent the management from moving machinery to another plant. “Once occupied, the workers established a democratic structure inside the plant and spread the sit-down to other plants within the city. Collectively, the workers kept outside forces from entering the plants. Initially, Black and women workers were heavily involved in the sit-down, although they are not frequently written into its history. Figures such as Roscoe Van Zandt, possibly the only Black worker to remain inside the plants during the sit-down, serve as a specter of hope for Michigan and its working classes.”