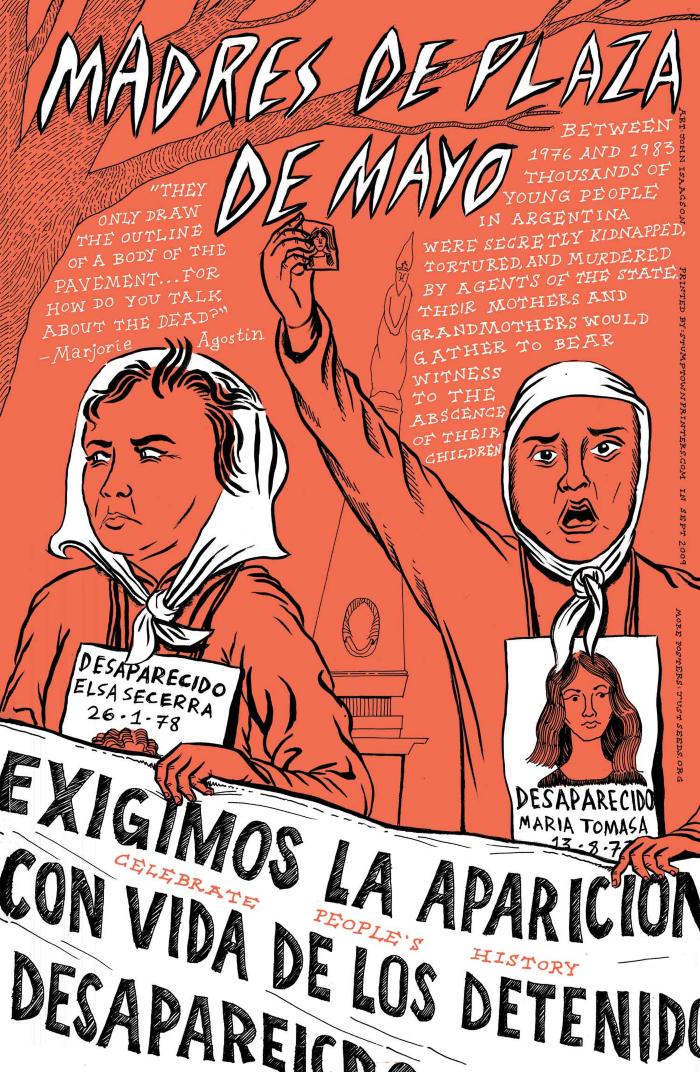 An orange, black, and white poster with a title at the top, "Madres De Plaza De Mayo", and two women in white scarves carrying a poster that is partially out of frame. There is text all around them that reads: “They only draw the outline of a body on the pavement… for how do you talk about the dead?” - Marjorie Agostin “Between 1976 and 1983 thousands of young people in Argentina were secretly kidnapped, tortured, and murdered by agents of the state. Their mothers and grandmothers would gather to bear witness to the absence of their children.”