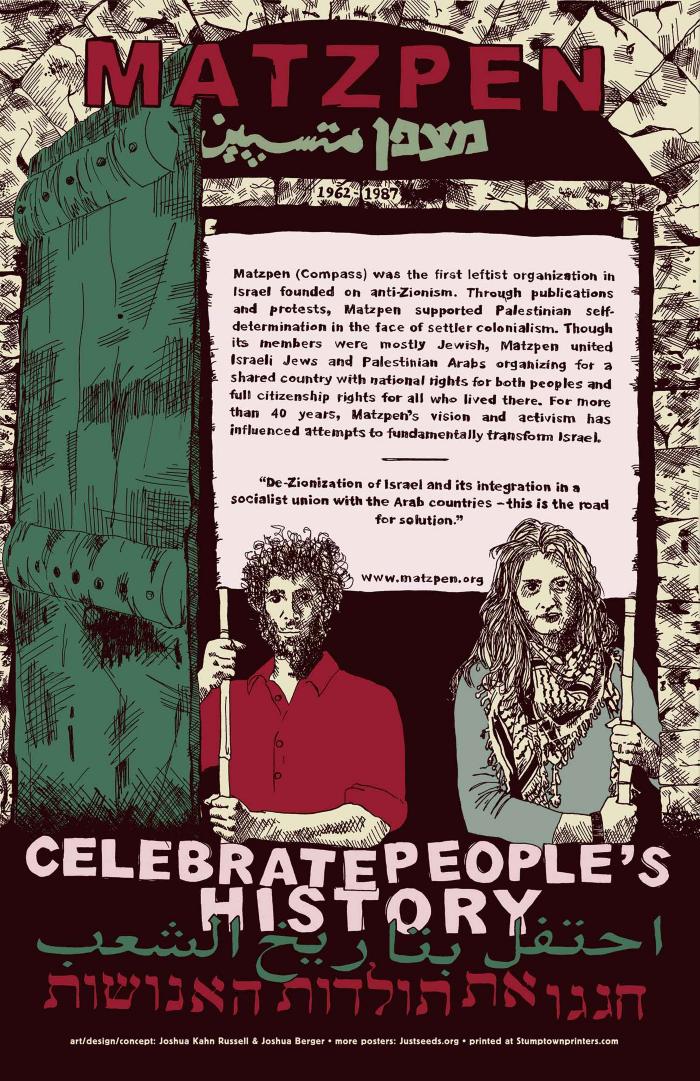 A poster with green, red, pink, maroon, and brown. Poster is titled "Matzpen." There are two people carrying a sign that has text reading: “Matzpen (Compass) was the first leftist organization in Israel founded on anti-Zionism. Through publications and protests, Matzpen supported Palestinian self-determination in the face of settler colonialism. Through its members were mostly Jewish, Matzpen united Israeli Jews and Palestinian Arabs organizing for a shared country with national rights for both peoples and full citizenship rights for all who lived there. For more than 40 years, Matzpen’s vision and activism has influenced attempts to fundamentally transform Israel. De-Zionization of Israel and its integration in a socialist union with the Arab countries—this is the road for solution.” The title is at the top in both Hebrew and Arabic. Celebrate People's History logo is in the bottom in Hebrew and Arabic.