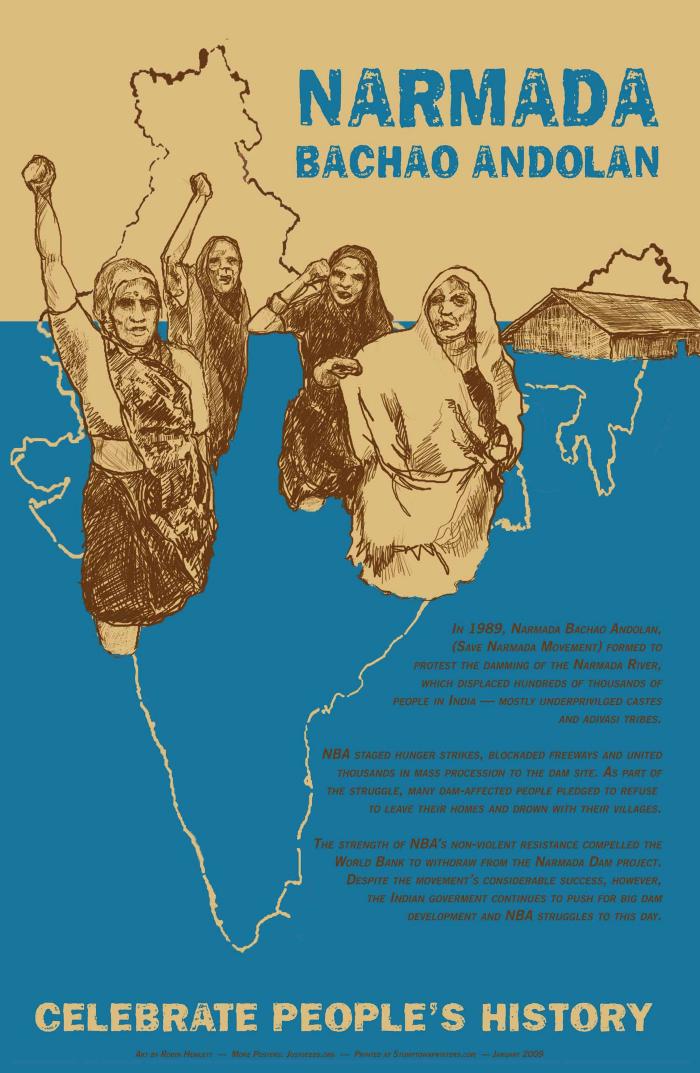 A tan, brown, and blue poster that has an outline of India on the background with a sketch of people protesting overlaying it. The title "Narmada Bachao Andolan" is in the top right corner. To the bottom right is text that reads: “In 1989, Narmada Bachao Andolan (Save Narmada Movement) formed to protest the damming of the Narmada River, which displaced hundreds of thousands of people in India—Mostly underprivileged castes and Adivasi tribes. NBA staged hunger strikes, blockaded freeways and united thousands in mass procession to the dam site. As part of the struggle, many dam-affected people pledged to refuse to leave their homes and drown with their villages. The strength of NBA’s non-violent resistance compelled the World Bank to withdraw from the Narmada Dam project. Despite the movement’s considerable success, however, the Indian government continues to push for big dam development and NBA struggles to this day.” The Celebrate People's History logo is at the bottom.