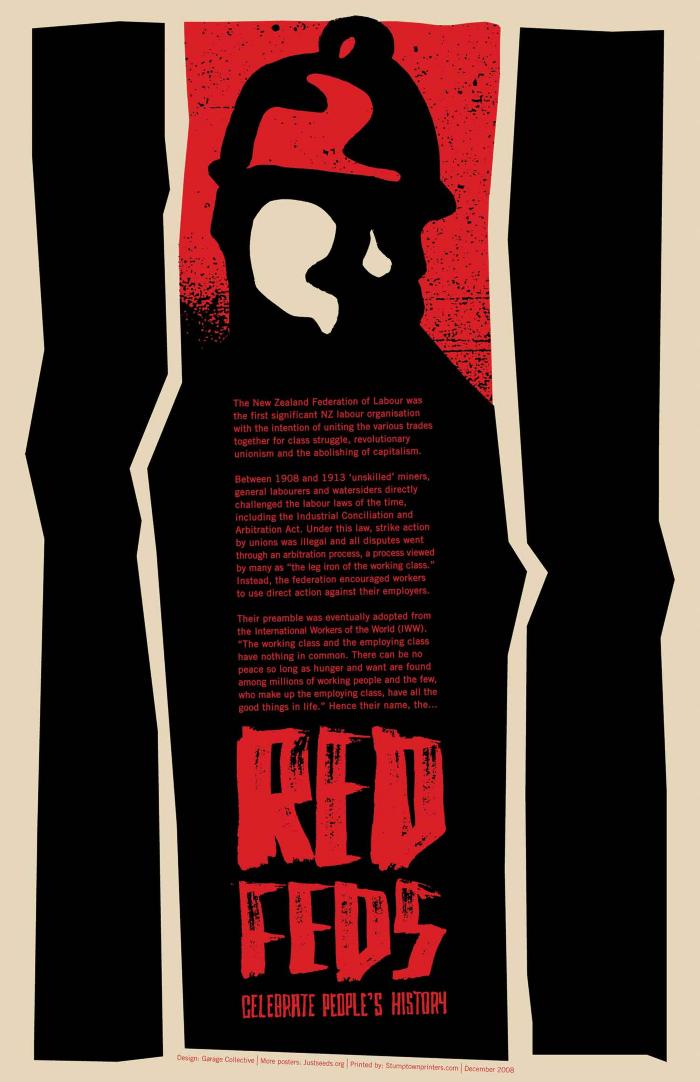 Poster is titled “Red Feds." A black, white, and red poster that has a vertical section in the center of the poster containing the text in the center and title at the bottom. The Top of the image has a man in a construction hat. Text on the poster reads: “The New Zealand Federation of Labor was the first significant NZ labor organization with the intention of uniting the various trades together for class struggle, revolutionary unionism, and the abolishing of capitalism. Between 1908 and 1913 “unskilled” miners, general laborers, and watersiders directly challenged the labor laws of the time, including the Industrial Conciliation and Arbitration Act. Under this law, strike actions by unions was illegal and all disputes went through an arbitration process, a process viewed by many as “the left iron of the working class.” Instead, the federation encouraged workers to use direct action against their employers. Their preamble was eventually adopted from the Industrial Workers of the World (IWW). “The working class and the employing class have nothing in common. There can be no peace so long as hunger and want are found among millions of working people and the few, who make up the employing class, have all the good things in life.” “Hence their name, the … Red Feds.”