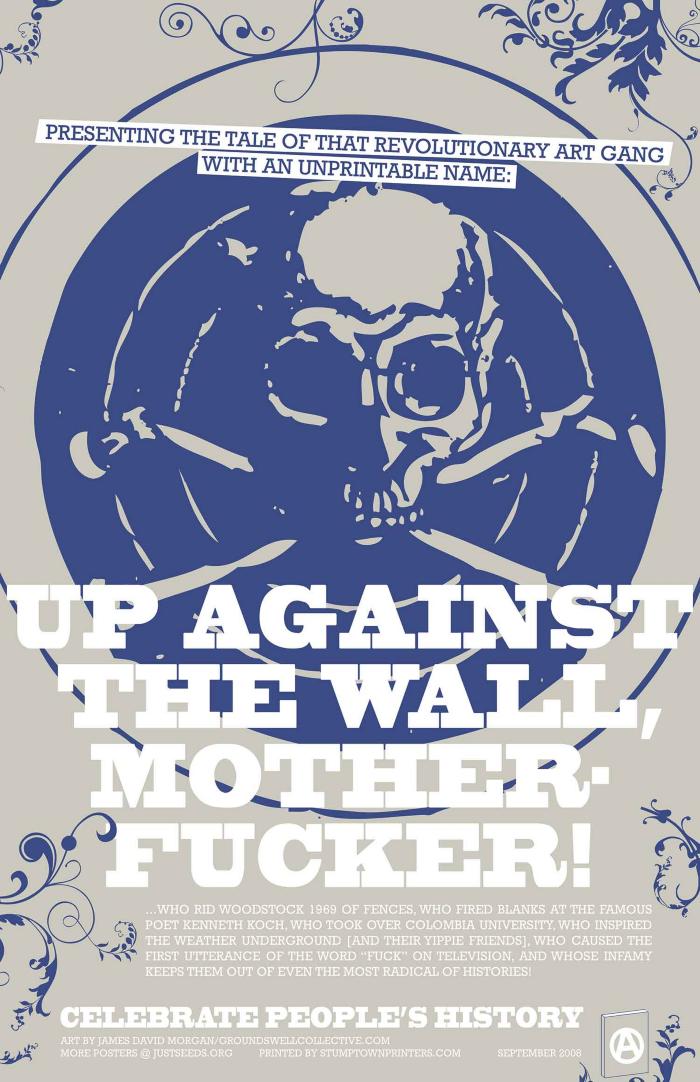 Celebrate People's History: Up Against the Wall, Mother Fucker

A gray, blue, and white poster with a skull in the center of a target. There is a quote at the top that says, "Presenting the tale of that revolutionary art gang with an unprintable name:”. The title is in the center, "Up Against the Wall, Mother Fucker!" Below this is a paragraph of white text on a gray background saying, "… Who rid Woodstock 1969 of fences, who fired blanks at the famous poet Kenneth Koch, who took over Columbia University, who inspired the Weather Underground (and their yippie friends), who caused the first utterance of the work “fuck” on television, and whose infamy keeps them out of even the most radical of histories!”