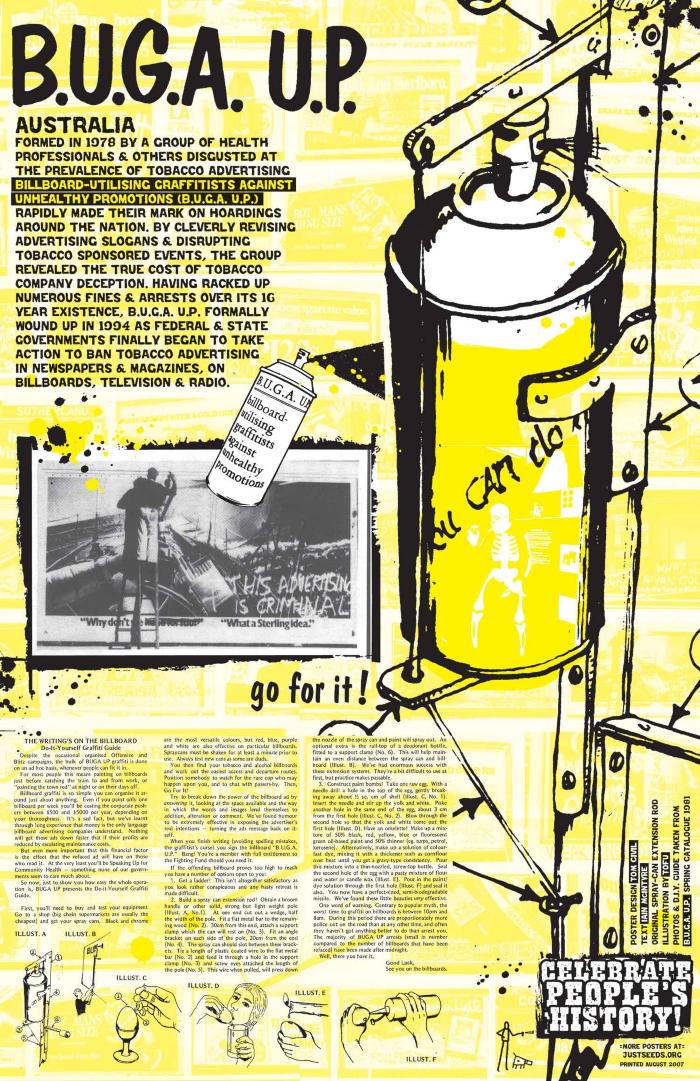 Poster is titled “B.U.G.A. U.P." A black, white, yellow that has text on it like a newspaper and on the right side there is a energy tank on a telephone pole. There is a black and white photo on the left side in the center of the texts. Text reads: "Australia. Formed in 1978 by a group of health professionals and others disgusted at the prevalence of tobacco advertising, Billboard-Utilizing Graffitists Against Unhealthy Promotions (B.U.G.A. U.P.) rapidly made their mark on hoardings around the nation. By cleverly revising advertising slogans and disrupting tobacco-sponsored events, the group revealed the true cost of tobacco company deception. Having racked up numerous fines and arrests over its sixteen-year existence, B.U.G.A. U.P. formally wound up in 1994 as federal and state governments finally began to take action to ban tobacco advertising in newspapers and magazines, on billboards, television, and radio.”