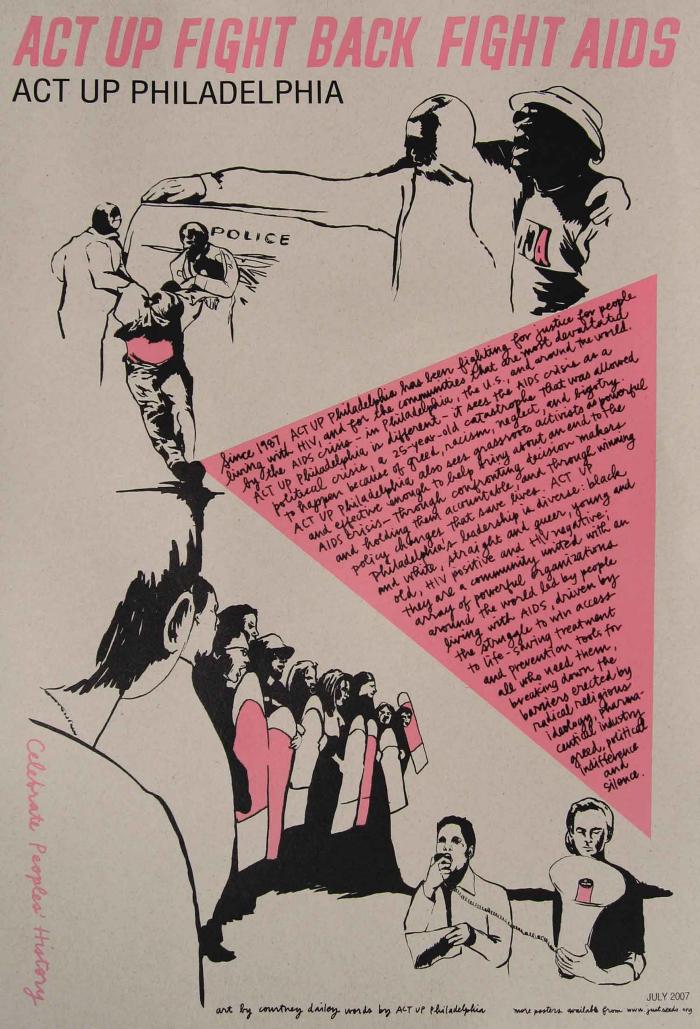 A white, black, and pink poster where the title is at the top and there are images of people in black in and they're making a C shape on the left side. On the right side there is a pink triangle filled with text. Poster is titled “ACT UP Philadelphia" Text reads: “Since 1987, ACT UP Philadelphia has been fighting for justice for people living with HIV, and for communities that are most devastated by the AIDS crisis—in Philadelphia, the US, and around the world. ACT UP Philadelphia is different—it sees the AIDS crisis as a political crisis, a twenty-five-year-old catastrophe that was allowed to happen because of greed, racism, neglect, and bigotry. ACT UP Philadelphia also sees grassroots activists as powerful and effective enough to help bright about an end to the AIDS crisis—through confronting decision-makers and holding them accountable, and through winning policy changes that save lives. ACT UP Philadelphia’s leadership is diverse: black and white, straight and queer, young and old, HIV positive and HIV negative; they are a community united with an array of powerful organizations around the world led by people living with AIDS, driven by the struggle to win access to life-saving treatment and prevention tools for all who need them, breaking down the barriers erected by radical religious ideology, pharmaceutical industry greed, political indifference, and silence.”