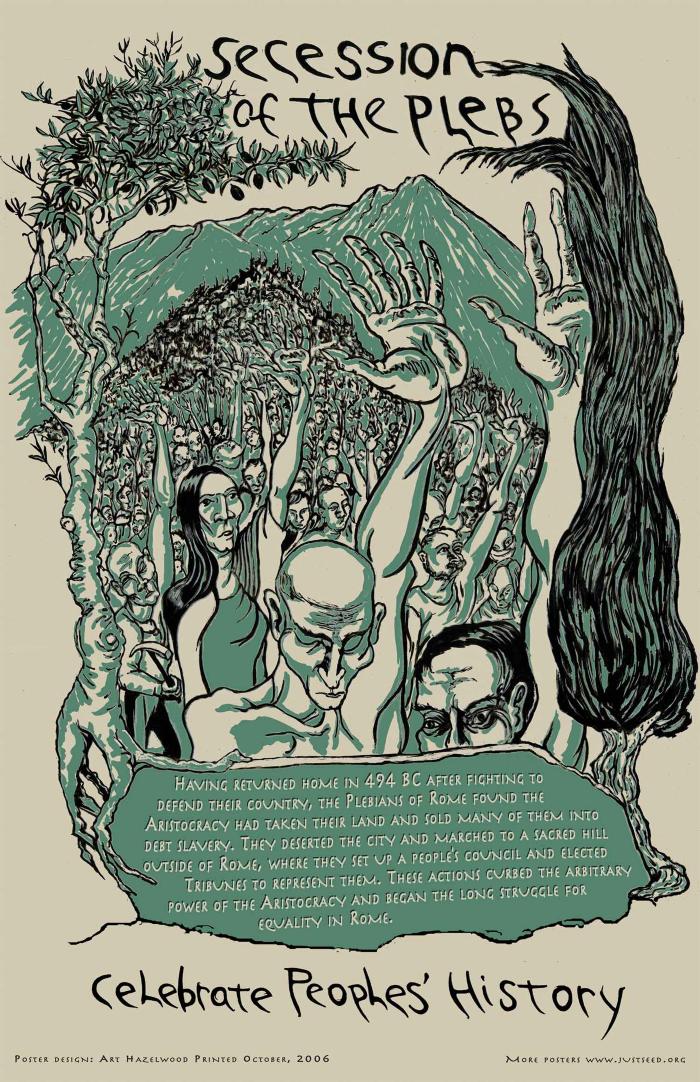 A black, white, and teal poster where there is a procession of people with a hand raised into the sky. There is a tree on the right side and the title "Succession of the Plebs" is at the top. At the bottom in a teal bubble, there is white text that says: “Having returned home in 494 BC after fighting to defend their country, the Plebeians of Rome found the aristocracy had taken their land and sold many of them into debt slavery. They deserted the city and marched to a sacred hill outside of Rome, where they set up a people’s council and elected tribunes to represent them. These actions curbed the arbitrary power of the aristocracy and began the long struggle for equality in Rome.”