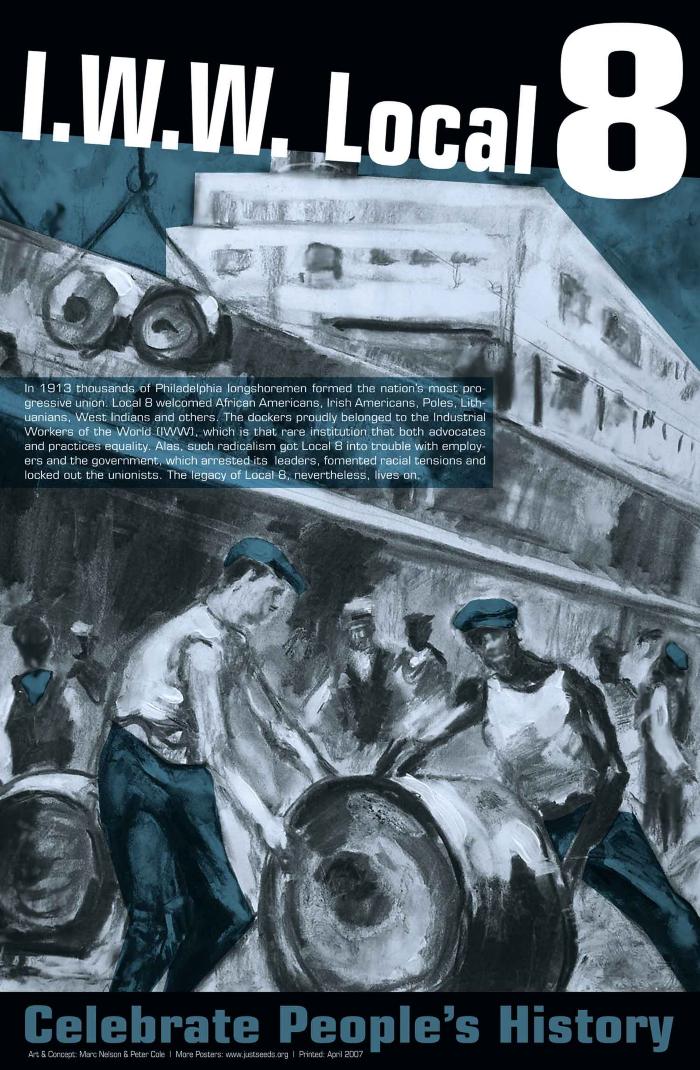 A black, white, gray, and blue poster that has a title at the top that says "I.W.W. Local 8". There are workers at the bottom of the image and there is a building at the top right. There is text in black above the workers that reads, “In 1913 thousands of Philadelphia longshoremen formed the nation’s most progressive union. Local 8 welcomed African Americans, Irish Americans, Poles, Lithuanians, West Indians and others. The dockers proudly belonged to the Industrial Workers of the World (IWW), which is that rare institution that both advocates with practices equality. Alas, such radicalism got Local 8 into trouble with employers and the government, which arrested its leaders, fomented racial tensions and locked out the unionists. The legacy of Local 8, nevertheless, lives on.”