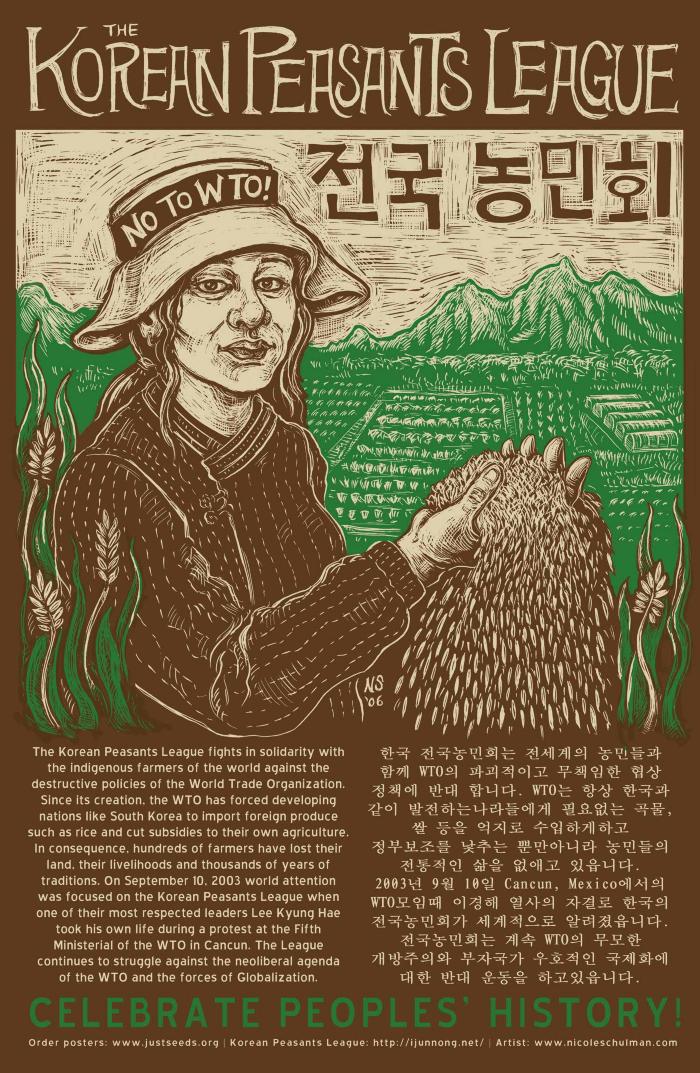 Poster is titled: “The Korean Peasants League". A brown, green, and tan poster of a woman on the left side sitting in a green field and she is combing through a plant. There is text below her. The main text reads: “The Korean Peasants League fights in solidarity with the indigenous farmers of the world against the destructive policies of the World Trade Organizations. Since its creation, the WTO has forced developing nations like South Korea to import foreign produce such as rice and cut subsidies to their own agriculture. In consequences, hundreds of farmers have lost their land, their livelihoods, and thousands of years of traditions. On September 10, 2003, world attention was focused on the Korean Peasants League when one of their most respected leaders, Lee Kyung Haw, took his own life during a protest at the Fifth Ministerial of the WTO in Cancun. The League continues to struggle against the neoliberal agenda of the WTO and the forces of globalization.”