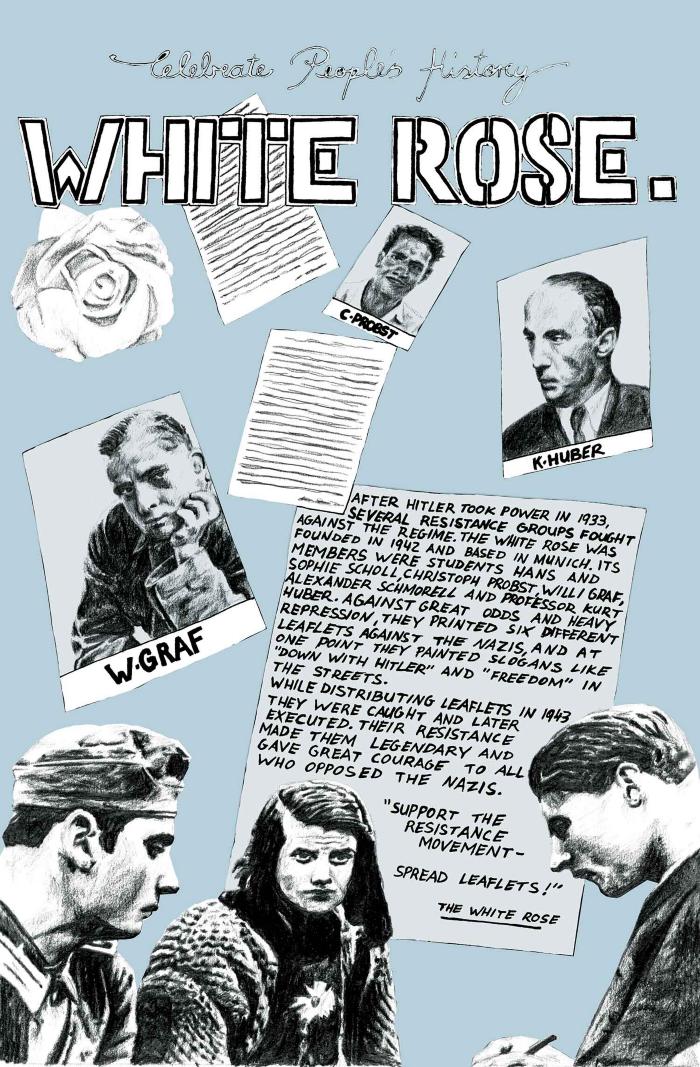 Light blue poster, with black and white images of people and little letters floating in the air. Poster is titled "The White Rose". Main text on the poster reads: “After Hitler took power in 1933, several resistance groups fought against the regime. The White Rose was founded in 1942 and based in Munich. Its members were students Hans and Sophie Scholl, Christoph Probst, Willi Graf, Alexander Schmorell, and professor Kurt Huber. Against great odds and heavy repression, they printed six different leaflets against the Nazis, and at one point they painted slogans like “Down with Hitler” and “Freedom” in the streets.“While distributing leaflets in 1943 they were caught and later executed. Their resistance made them legendary and gave great courage to all who opposed the Nazis.