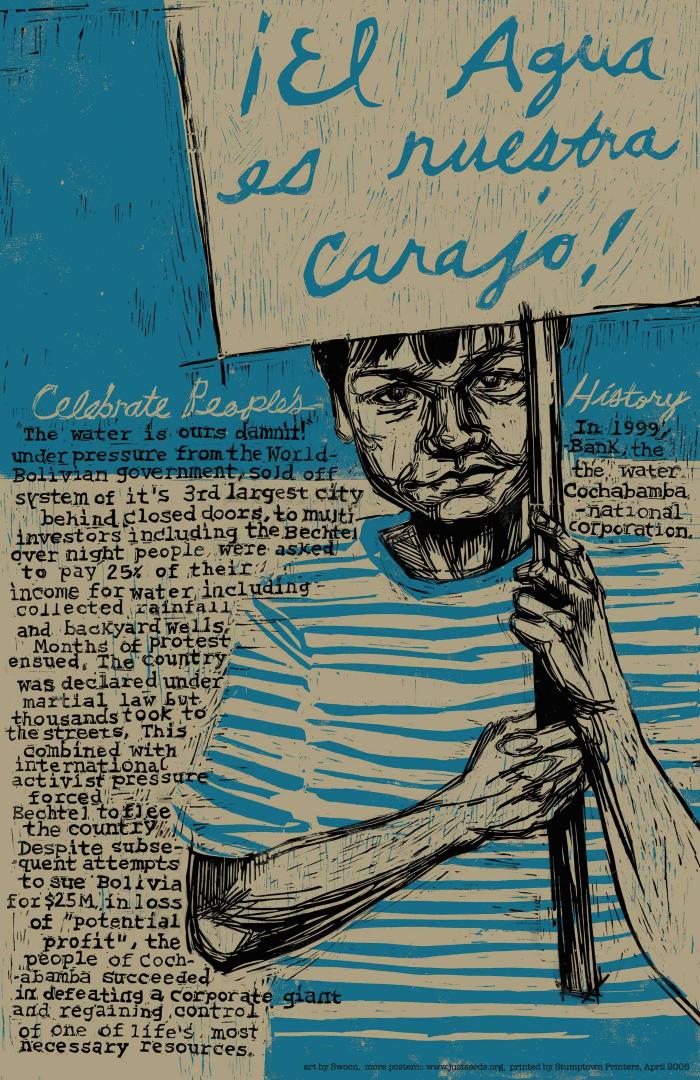 This is a black, white, and blue poster where a little boy on the right side of the image is holding up a sign that says "¡El Agua es Nuestra Carajo!" Cochabamba Water Struggle. Text reads:  “¡El aqua es nuestra carajo! The water is ours damnit! In 1999, under pressure from the World Bank, the Bolivian government sold off the water system of its third largest city, Cochabamba, behind closed doors to multinational investors including the Bechtel corporation. Over night, people were asked to pay 25 percent of their income for water, including collected rainfall and backyard wells. Months of protest ensued. The country was declared under martial law but thousands took to the streets. This, combined with international activist pressure, forced Bechtel to flee the country. Despite subsequent attempts to sue Bolivia for $25 million in loss of “potential profit,” the people of Cochabamba succeeded in defeating a corporate giant and regaining control of one of life’s most necessary resources.”