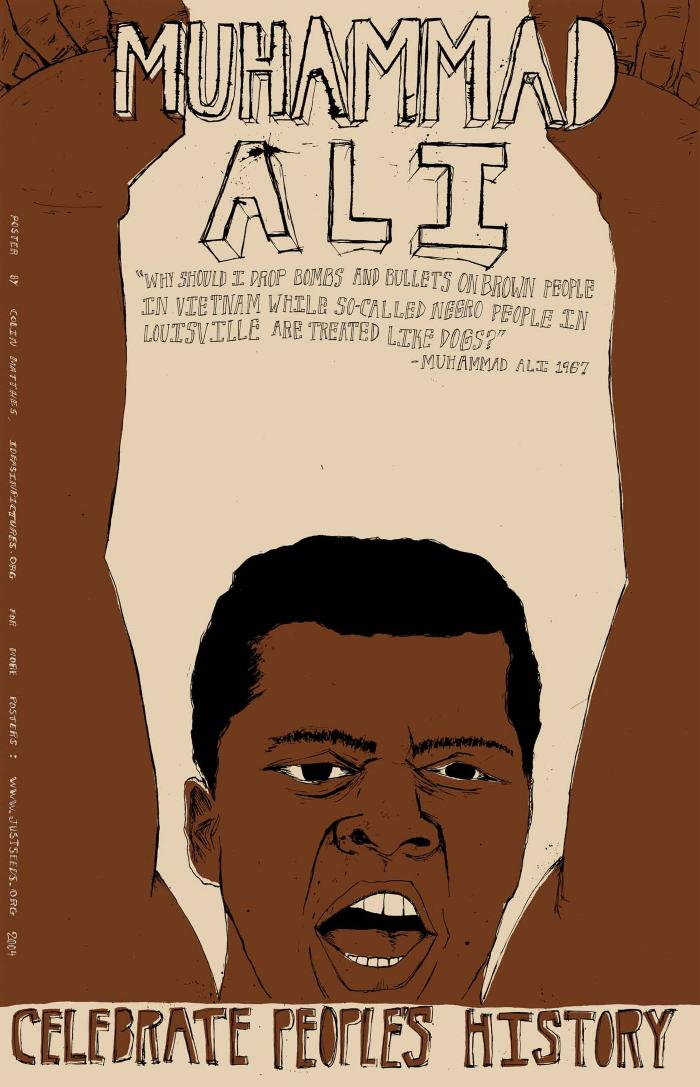 A depiction of Muhammad Ali with his arms raised that are on either side of the image. Between his arms has his name and then the quote, “Why should I drop bombs and bullets on brown people in Vietnam white so-called negro people in Louisville are treated like dogs?” —Muhammad Ali 1967. At the bottom of the image is the title Celebrate People's History.