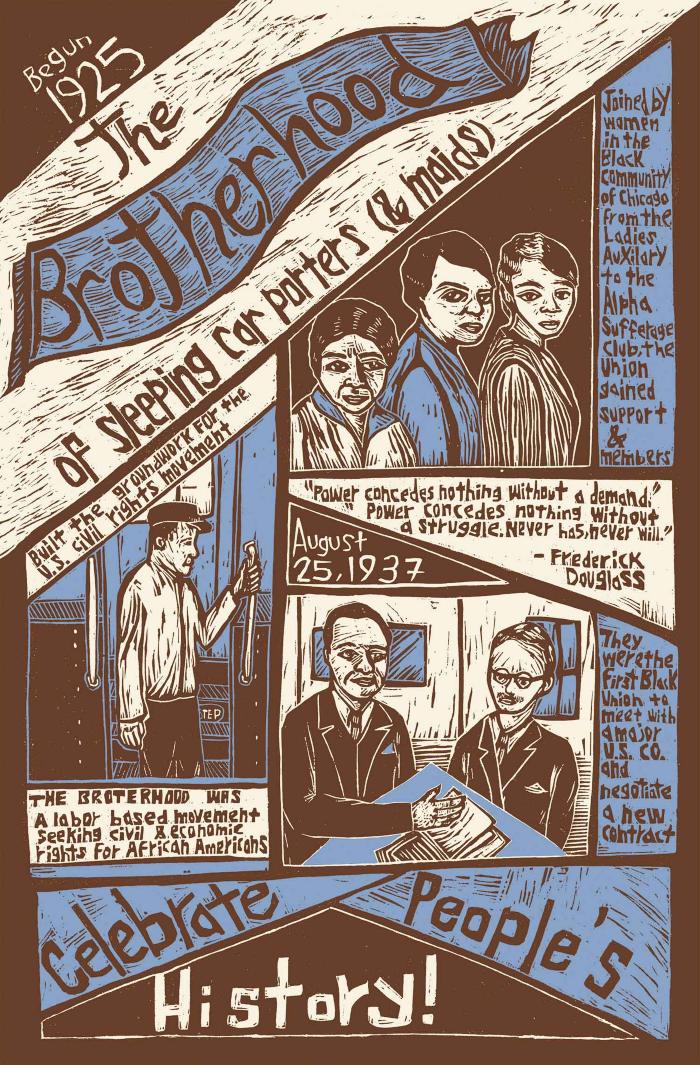 A brown, blue and white poster that contains many small images and text boxes. At the top left side is a title that says, "Begun 1925 The Brotherhood of Sleeping Car Porters (& maids)" and below that is “Built the groundwork for the U.S. civil rights movement". There are different people doing different things under a different descriptor. The text boxes say, "Joined by women in the black community of Chicago from the Ladies Auxiliary to the Alpha Suffrage Club, the union gained support & members” “Power concedes nothing without a demand.” “Power concedes nothing without a struggle, never has, never will.” - Frederick Douglass “The brotherhood was a labor based movement seeking civil & economic rights for African Americans” “They were the first Black union to meet with a major U.S. CO. and negotiate a new contract”