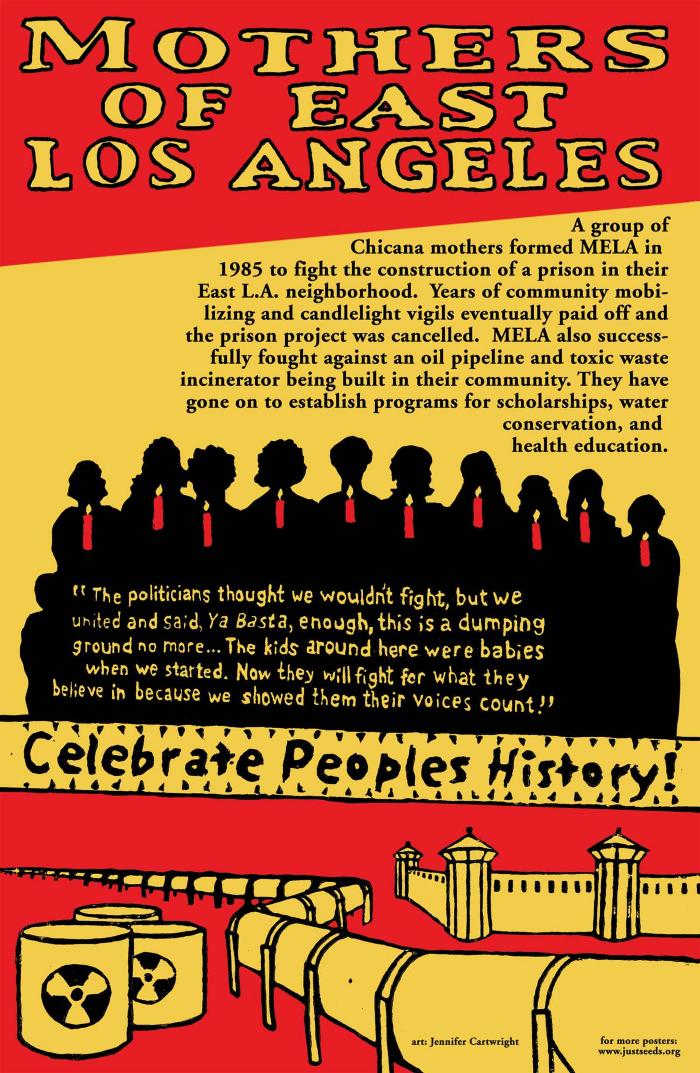 A red and yellow poster that reads "Mothers of East Los Angeles" at the top. On a yellow background in black text there is a description: “A group of Chicana mothers formed MELA in 1985 to with the construction of a prison in their East L.A. neighborhood. Years of community mobilizing and candlelight vigils eventually paid off and the prison project was cancelled. MELA also successfully fought against an oil pipeline and toxic waste incinerator being built in their community. They have gone on to establish programs for scholarships, water conservation, and health education.” Below this, on a background of a group of women holding red candles there is a quote that reads, "The politicians thought we wouldn’t fight, but we united and said, Ya Basta, enough, this is a dumping ground no more… The kids around here were babies when we started. Now they will fight for what they believe in because we showed them their voices count.” Below this there is the "Celebrate People's History" logo and then an image of toxic waste cans and pipelines in yellow on a red background.