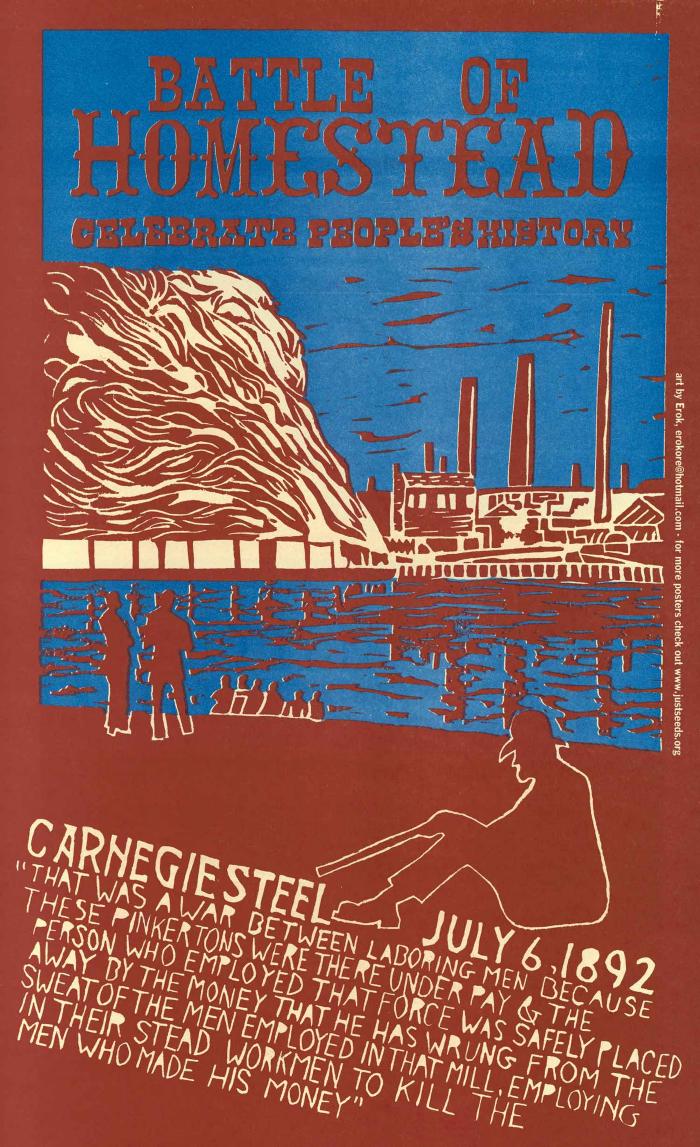 An image in a reddish brown, blue and white of a factory from across water. At the top it reads "Battle of Homestead". There are three men, two looking across the water and one sitting at the right. At the bottom of the image is white text that reads, “There was a war between laboring men because these pinker tons were there under pay & the person who employed that force was safely place away by the money that he was wrung from the sweat of the men employed in that mill, employing in their stead workmen to kill the men who made his money.”