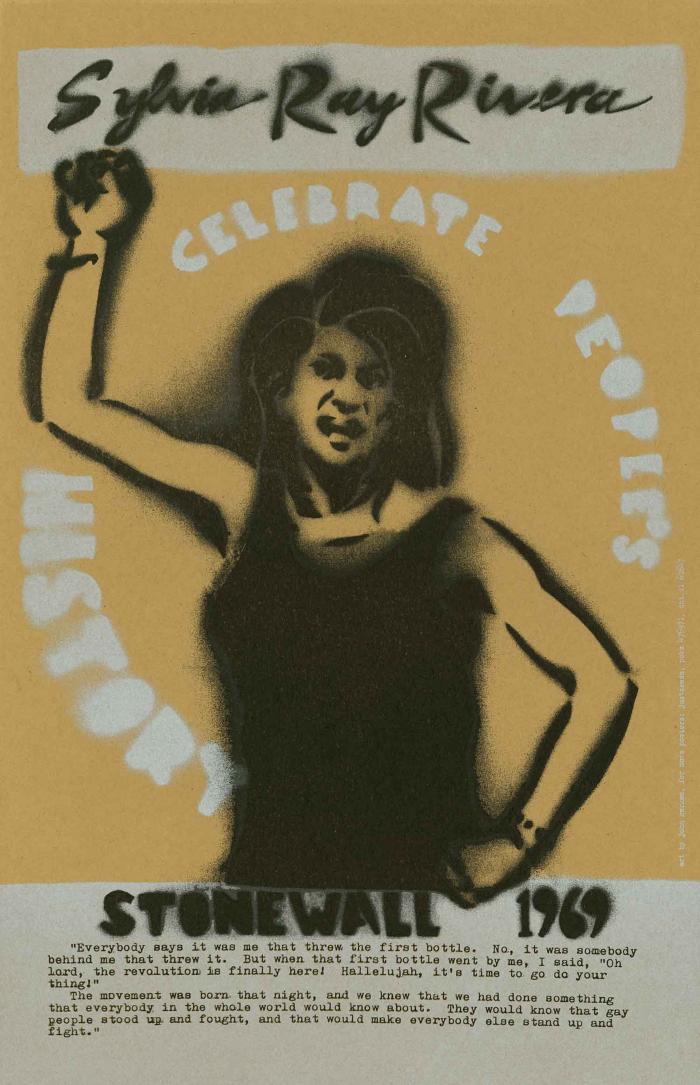 An image of a woman with her left hand raised in a fist in the center of the image. Above her it says "Sylvia Ray Rivera". There is a ring around her of the words "Celebrate People's History" and below her on a silver background in black text it says "Stonewall 1969" and has the text: "Everybody says it was me that threw the first bottle. No, it was somebody behind me that threw it. But when that first bottle went by me, I said, “Oh lord, the revolution is finally here! Hallelujah, it’s time to go do your thing! The movement was born that night, and we knew that we had done something that everybody in the whole world would know about. They would know that gay people stood up and fought, and that would make everybody else stand up and fight.”