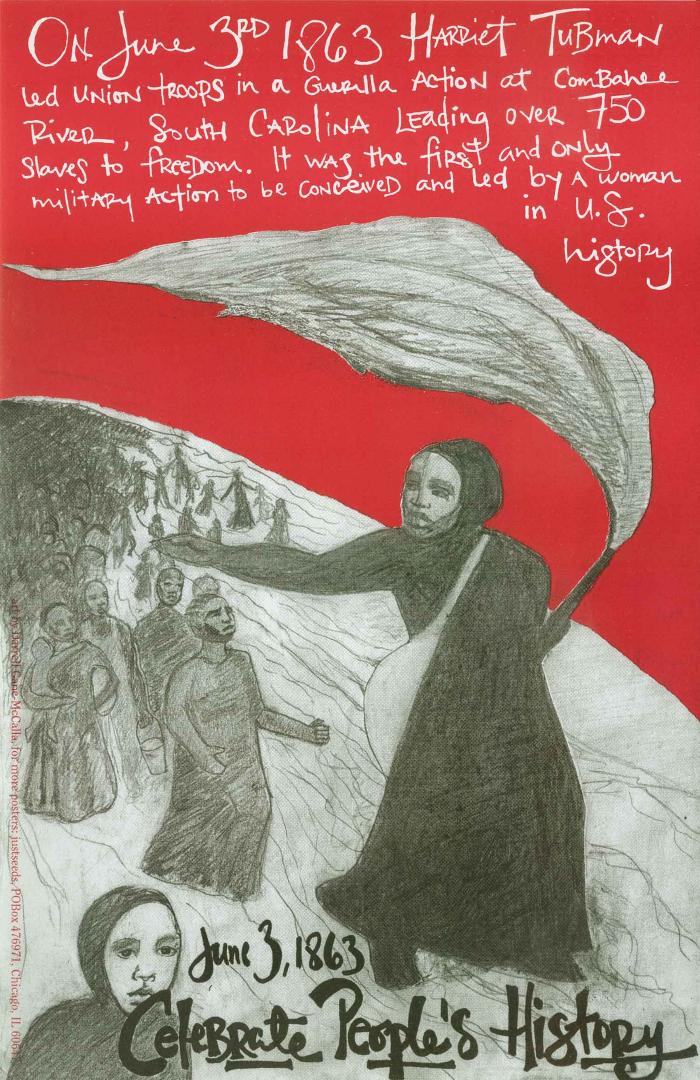 A black and white image of Harriet Tubman on the right leading a crowd of people, on the left side of the image. At the top of the image on a red background there is text in white. Text reads: "On June 3rd 1863 Harriet Tubman led Union troops in a guerrilla action at Combahee River, South Carolina leading over 750 slaves to freedom. It was the first and only military action to be conceived and let by a woman in U.S. history."