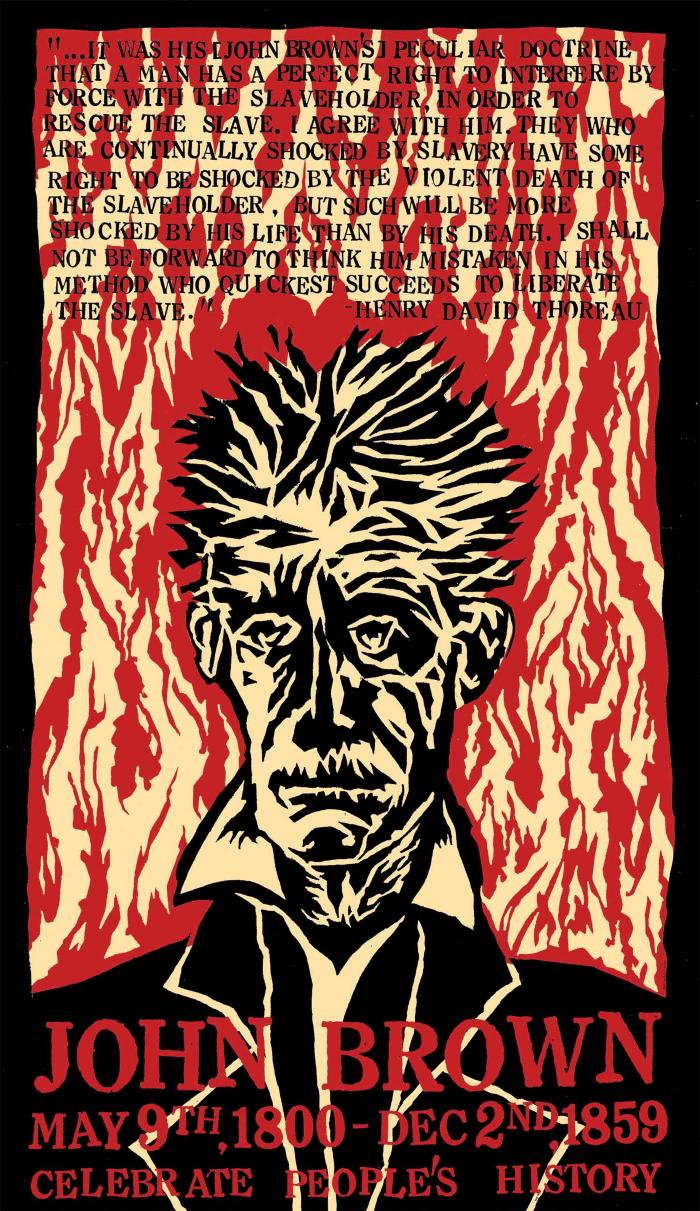 A black and white depiction of John Brown in front of red flames. The text is in black at the top of the image above his head. His name and life dates are at the bottom of the image in red in front of his chest. Text reads: “It was his [John Brown’s] peculiar doctrine that a man has a perfect right to interfere by force with the slaveholder, in order to rescue the slave. I agree with him. They who are continually shocked by slavery have some right to be shocked by the violent death of the slaveholder, but such will be more shocked by his life than by his death. I shall not be forward to think him mistaken in his method who quickest succeeds to liberate the slave.”—Henry David Thoreau