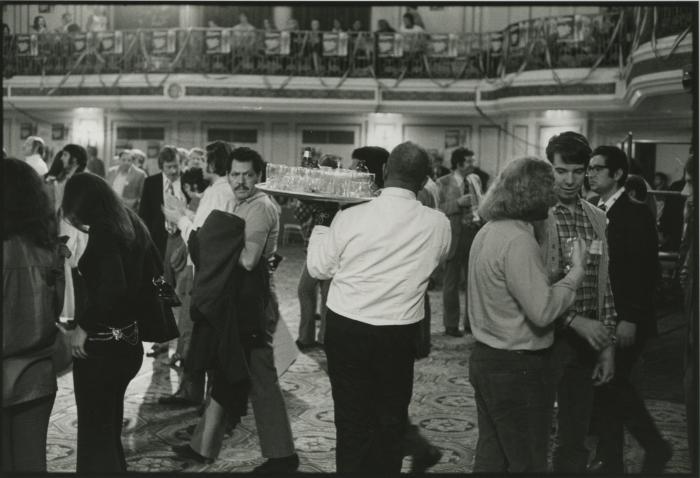 A black and white photo of a ballroom that is packed with people. There is an upper balcony that is crowded with people as well. In the center of the image there is a waiter with his back to the viewer. He is carrying a tray of empty glasses.

George W. Romney (1907-1995) was the 43rd Governor of Michigan from 1963-1969 and then went on to be the United States Secretary of Housing and Urban Development for the Nixon Administration. His primary goals while Governor were to expand the state government powers and jurisdiction, as well as establish the first state income tax. He was noted to have supported the American Civil Rights movement and attempted to move policy that created more housing for poorer communities and desegregating suburbs, but Nixon stopped most efforts. Romney left the administration before Nixon’s second term.