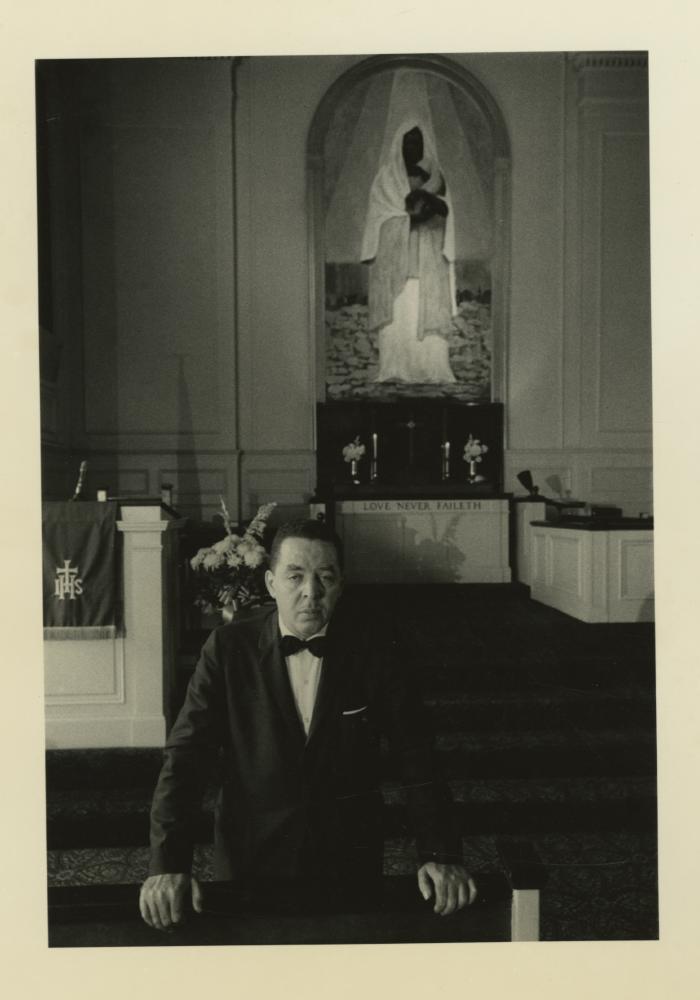 A black and white photo of a man in a suit standing in front of an alter that has a large painting of Mary on the wall in the center. He is wearing a suit and leaning on his hands on the front pew.

Albert Cleague (1911-2000) was a Black nationalist Christian leader who founded the Shrine of the Black Madonna Church in Detroit, Michigan, which has later been renamed Pan African Orthodox Christian Church. He was a major player in the Civil Rights Movement in Detroit, working as a newspaper publisher, author, political organizer and even running for Governor in 1964. Later in life he changed his name to Jaramogi Abebe Agyeman, which translates to “liberator, holy man, savior of the nation” in Swahili.