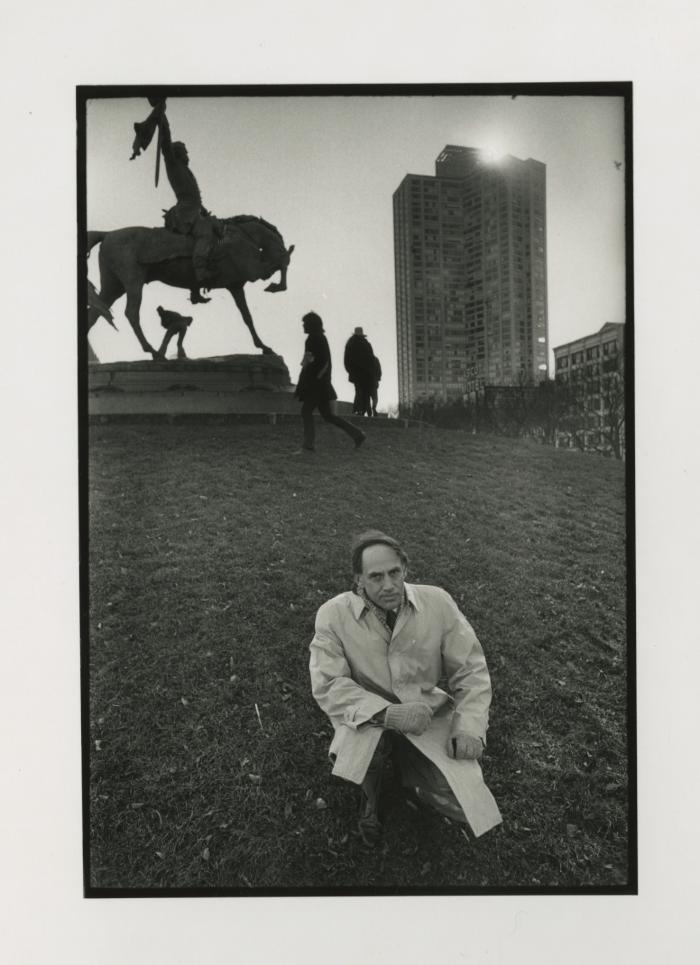 A black and white photo of a man in a trench coat hunched over on the ground, looking at the camera in the foreground of the image. He is on a large field of grass that has a statue on the horizon of a horse and there are two people walking past it and on the right side there is a building in the distance.

William Kunstler is an American lawyer who was the co-founder of the Law Center for Constitutional Rights, a hub for America’s most radical lawyers. During the 1960’s he was a civil rights activist and known for representing wildly unpopular clientele, like those of the Revolutionary Communist Party, Black Panther Party, Catonsville Nine, Weather Underground Organization, Attica Prison Rioters, and the American Indian Movement. He was loved and hated by many for being, as proclaimed by the New York Times, “the country’s most controversial and, perhaps, its best-known lawyer.”