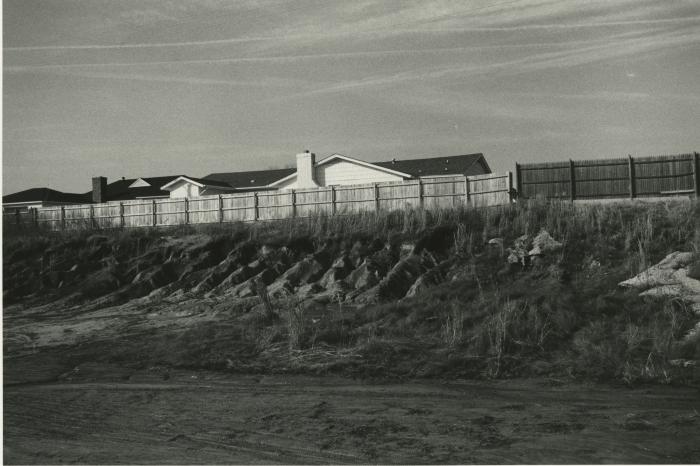 A black and white photo of a sandy foreground with a grassy hill in the distance. On top of the hill theres a wooden fence that goes horizontally across the image. There are the tops of houses visible across the fence.