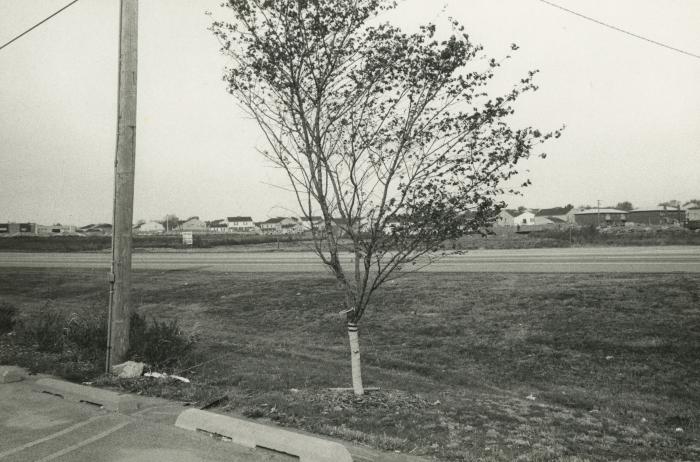 In a black and white photo of a parking lot in the bottom left hand. There is a telephone pole on the left side right next to the parking lot. There is a tree on the right side of the pole. There is road in the distance and then houses past that.