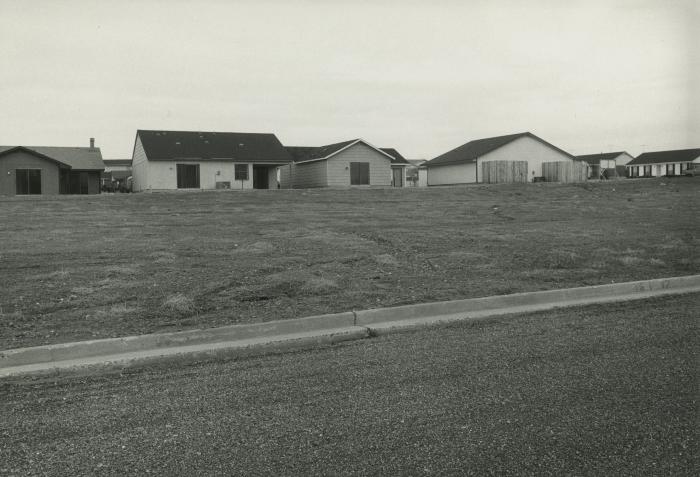 A black and white photo with a road in the foreground. There is then flat, patchy, grass yard and there are one story houses on the horizon in the distance.