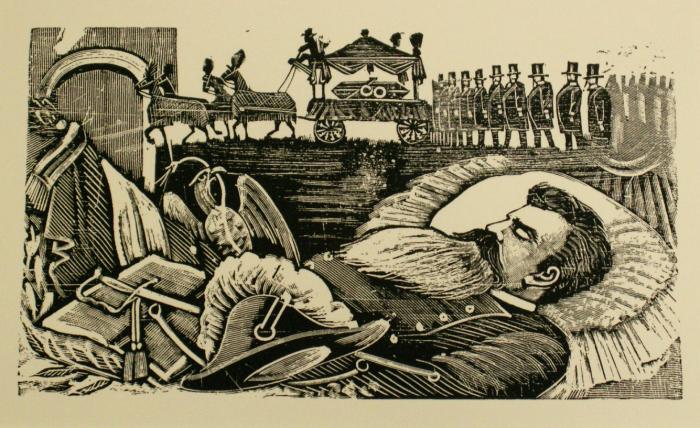 The title, "Manifestacion Antireeleccionista" means "Anti-Reelectionist Manifestation". The image is in black and white without a border. In the foreground there is a man laying down in his military uniform. Anti-Reelection was the movement against Porfirio's reelection and he was probably a casualty during the conflict. His equipment is laying next to him. He has a beard and his hat sitting on his side looks like he's high ranking. In the background there is the silhouette of a funeral procession, led by four houses carrying the casket and then a line of people in suits.