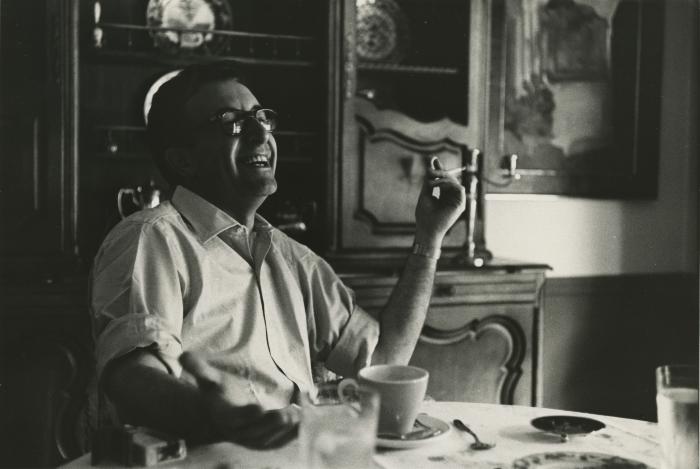 A black and white photo of Peter Sellers sitting at a table, wearing a white short sleeve button shirt and black rimmed glasses, holding a cigarette in his hand in the air and his other out, open on the table. The table has various dishes on it, but a mug on a saucer is in front of Sellers. Behind him is a china cabinet with dishes displayed in it and a painting on the wall to the right of that.