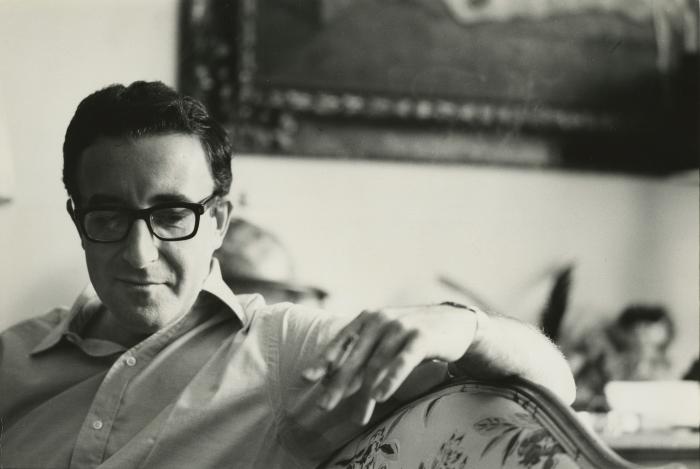 A black and white photo of Peter Sellers sitting on a floral couch, with one arm resting on the back board, looking down. He is wearing glasses and a collared shirt. The photo is from the chest up and he is entirely in the left side of the image. Behind him, taking up the majority of the background is a painting with a decorative frame.