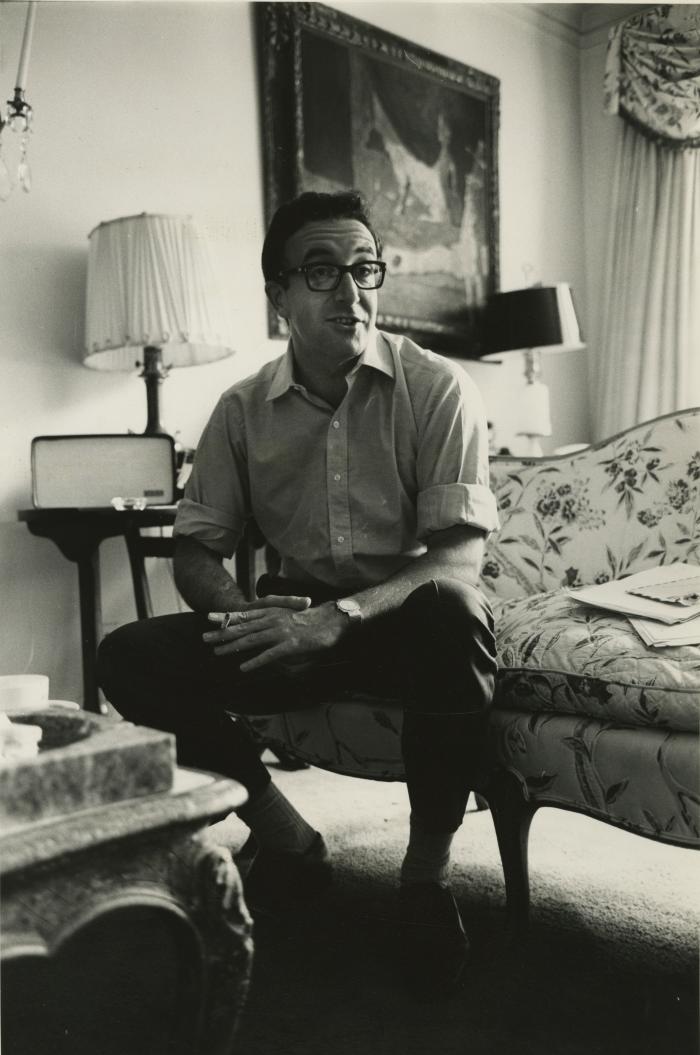 A black and white photo of a man, Peter Sellers, sitting on the end of a floral couch in a room wearing a short sleeve button shirt and pants. He has glasses on and has his arms resting on his thighs and his hands between his thighs with a cigarette in his fingers. On the couch to his right there is a stack of papers. There is the corner of a table in the left bottom of the image. Against the wall there are lamps on tables on either side of a painting on the wall. In the right background behind the couch, there is a curtain hanging on the wall.