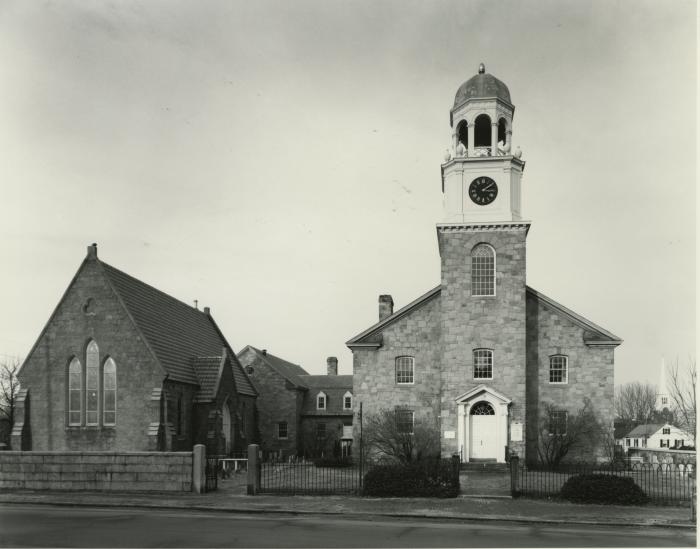 A black and white photo of the outside of a church on the left and a small house on the right. They are both within the same gate which is brick on the left around the house and metal around the church. The church on the left is stone around with a protruding section in the front that goes up into a steeple. There is an arched dome at the top of it. The door is on the front of this section and there are small windows on either side of this on the face of the building, but they are mostly covered by bare plants. The house on the left is brick and has large windows on the side that is visible in the photo. There is road going horizontally in front of these buildings along the fence.