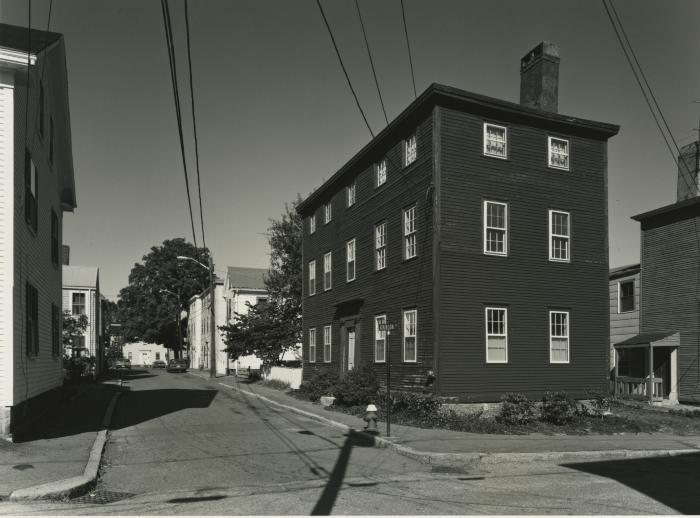 A black and white photo of a street with a building on the right and a house that is mostly out of frame on the left. The building on the right has three stories and the right wall has them in two's going up. The left wall has a door in the center and two windows on the left and the right, and up from there has five windows. In the distance down the street there are more houses. There are power lines coming from the top left in the image.