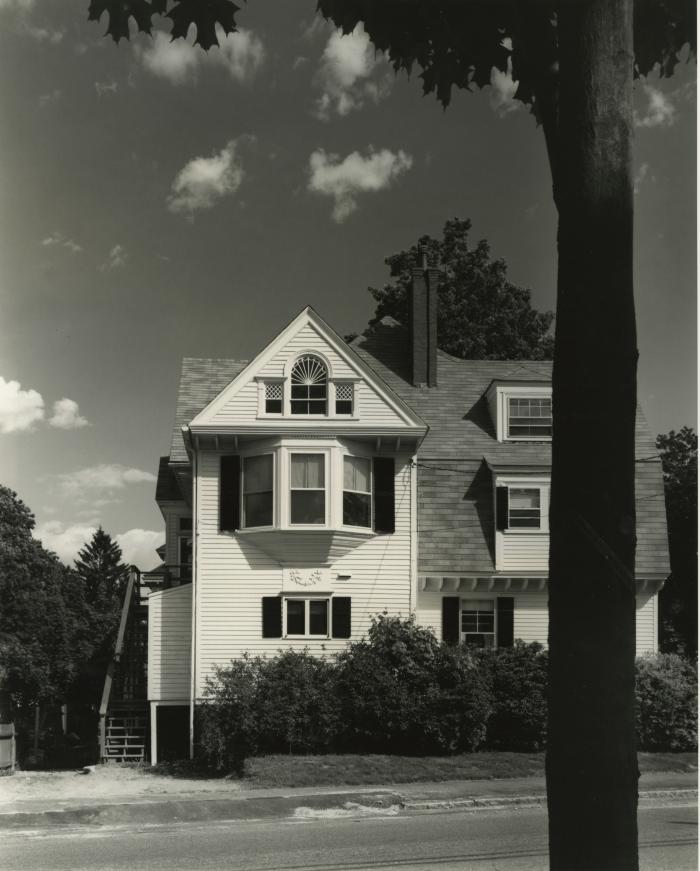 A black and white photo of the outside of a house that has three stories. There are windows on each story, the second having a protruding window that wraps around the entire building. There are bushes outside the front of the house. There is a large tree in the foreground that takes up the most of the right side, and also trees in the distance on the left side beyond the house.