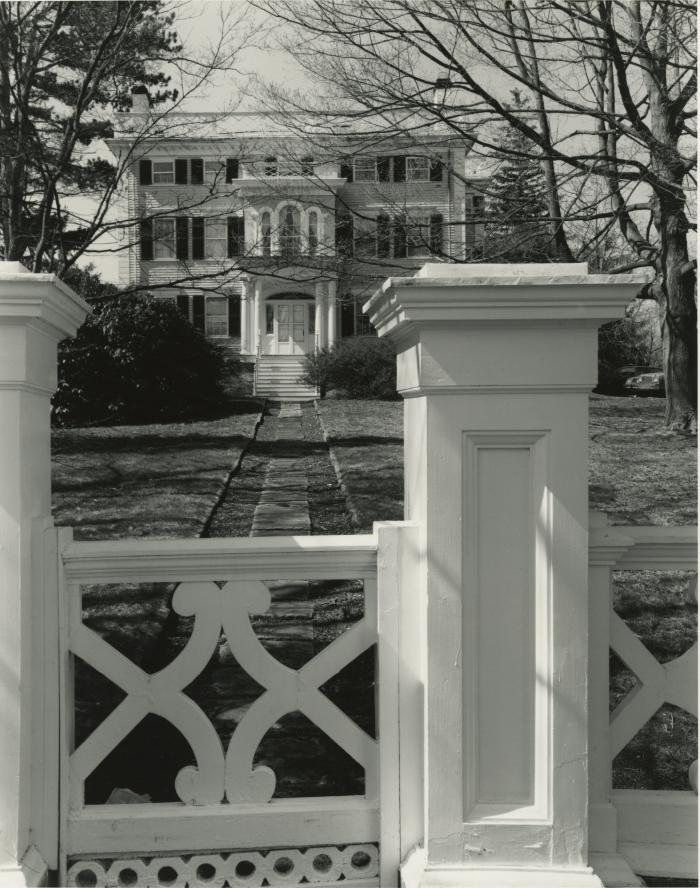 A black and white photo of a white decorative fence that has two large white posts, the one on the left mostly out of frame. In the distance there is a large house at the end of a pathway that leads the entire way there. The house is three stories and has bushes and trees on either side.