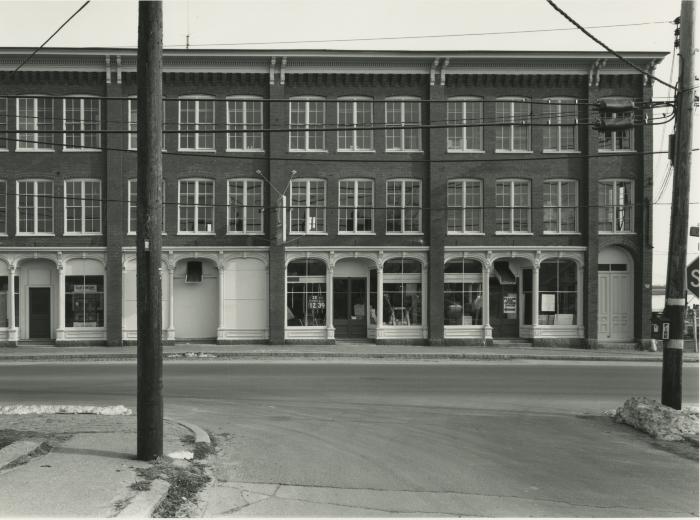 A black and white photo of a row of store fronts with building space on top of them. The bottom floor are stores, one on the left that takes up two sections of building and then two on the right that are the same store. The sections above the stores have windows all along them on the two stories. There are four sections and on the right side there is a single column of windows. In the foreground of the photo there are street corners that are across the street from the building that have telephone poles on them.