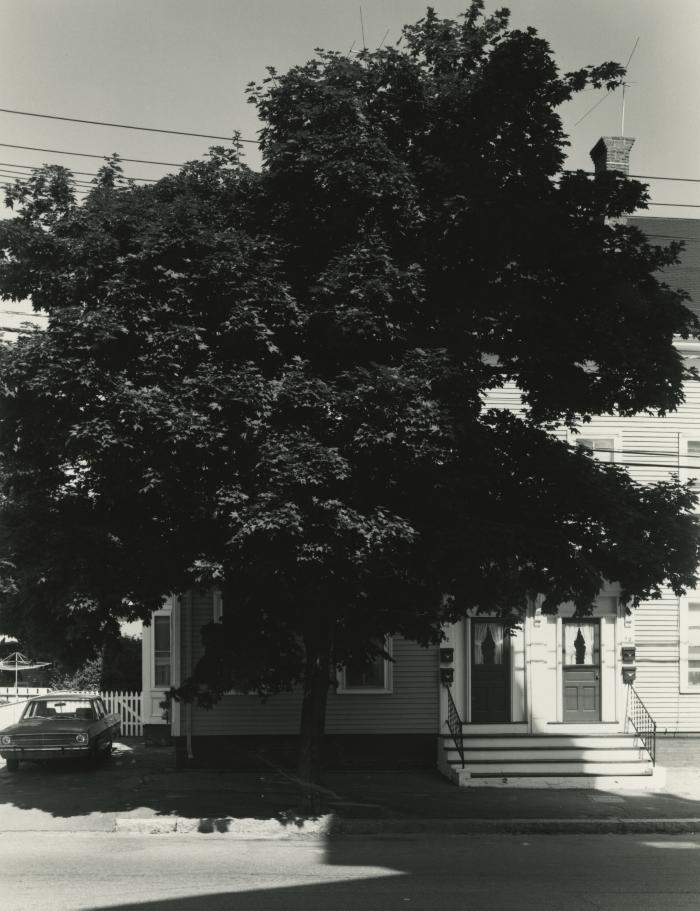 A black and white photo of a large leafy tree outside of a house that is mostly blocking the house. The front porch steps are at the bottom right of the image and the front doors are in the picture, but the rest of the house is blocked. There are power lines traveling beyond the trees.