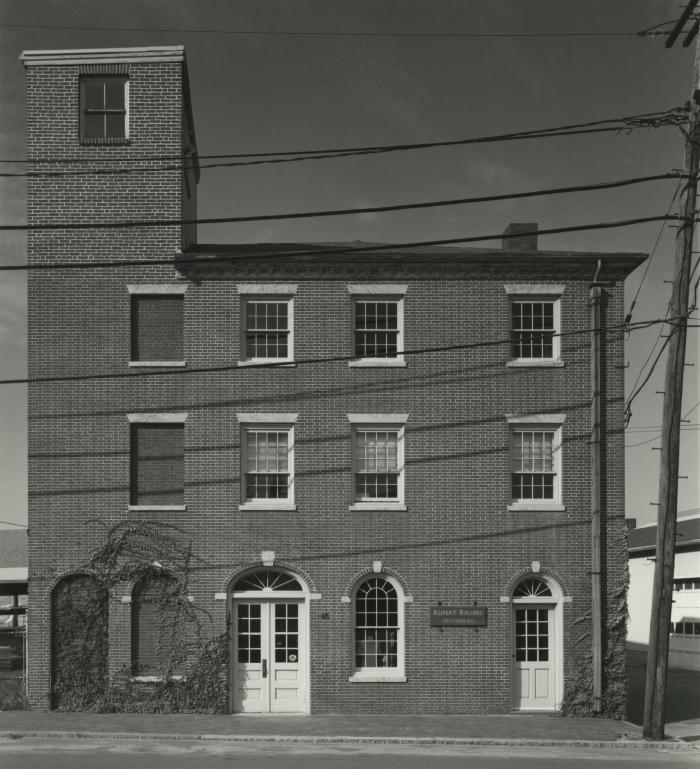 A black and white photo of the outside of a building that has three stories and one tall extending portion coming off of the roof with a single window on it. The main part of the building has three stories and the top two have four windows on it and then the bottom has three doors and two windows that are between the doors, but the one on the left is boarded up. There are power lines going across this image.