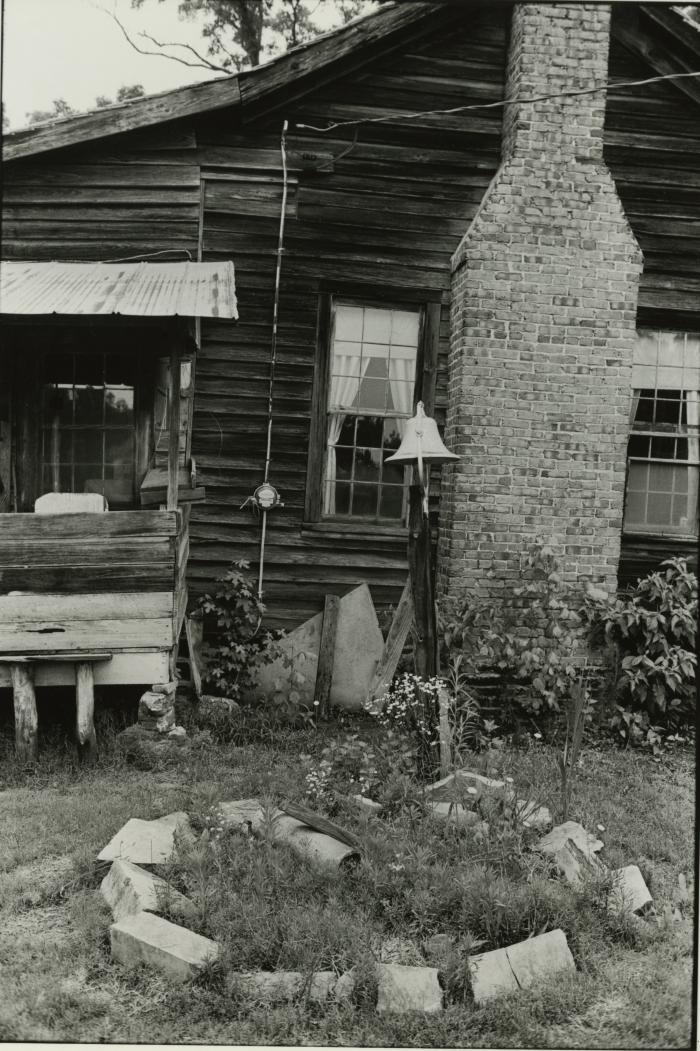 A black and white photo of outside of a log cabin. In the grass away from the house there is a circle outlines in bricks and inside it the grass is longer, but the circle is messy. Against the wall of the cabin, on the left there is a small porch with an awning. On the right there is a brick chimney and a window on either side of it. Beneath this there are plants growing alongside the house and a tall lamp with a shade standing in the grass.

Douglas Gilbert’s Shadowlands collection was created in 1982 in Milledgeville, Georgia for the purpose of accompanying Harold Fickett’s book, “Flannery O’Connor: Images of Grace”, detailing the life of the American novelist, essayist and short story writer. In 1965, Gilbert had traveled through Georgia and Alabama on an assignment from LOOK magazine to capture elements of the civil rights movement, and this experience influenced his work later while working with Fickett. While he separates his emotion from projecting them onto Flannery O’Connor’s characters, he admits that he was capturing the intensity and menacing climate of the South at the time and interacting with it through his photography.