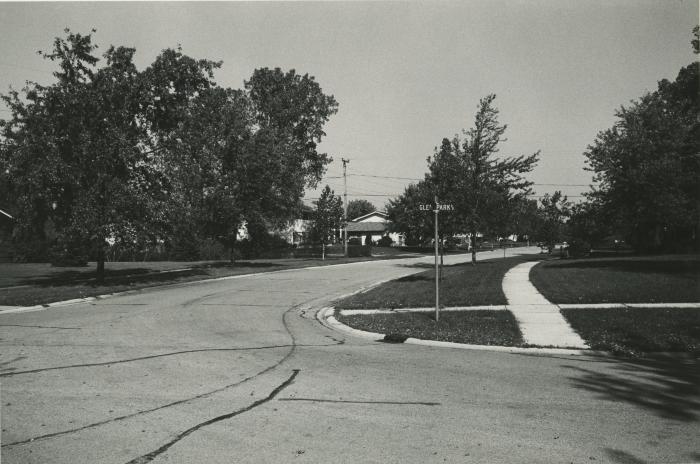 A black and white photo of an intersection in a neighborhood. There is road in the foreground that goes off from the left into the distance. There is grass with large trees growing on either side with sidewalk and there are houses in the distance.